Dhawan had suffered a deep cut on his left knee during a Syed Mushtaq Ali Trophy game against Maharashtra in Surat and was also ruled out of the ongoing T20I series. 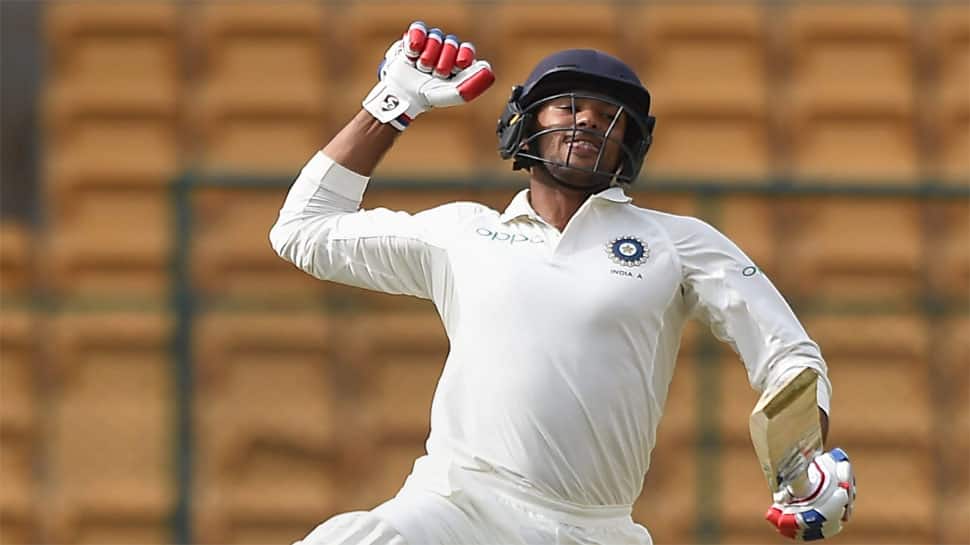 Opener Mayank Agarwal has been called up in the 15-member Indian squad as a replacement for injured Shikhar Dhawan for the three-match ODI series against West Indies, beginning on Sunday at MA Chidambaram Stadium in Chennai.

Dhawan had suffered a deep cut on his left knee during a Syed Mushtaq Ali Trophy game against Maharashtra in Surat and was also ruled out of the ongoing T20I series.

The Board of Control for Cricket in India (BCCI) confirmed that Dhawan would require some more time to recover and, therefore, Agarwal has been included in the national squad as the replacement for West Indies ODIs.

"The BCCI Medical Team said that as Dhawan’s stitches are off and his wound is healing gradually, he will require some more time to regain full match fitness," the BCCI said.

"The All-India Senior Selection Committee has named Mayank Agarwal as a replacement for the injured Shikhar Dhawan in India’s squad for the upcoming Paytm ODI series against West Indies," the country's cricket board added.

Notably, Agarwal has appeared in nine matches for India in the longest format of the game, but he is yet to make his debut in the One-Day Internationals (ODIs).

The full Indian squad is as follows: