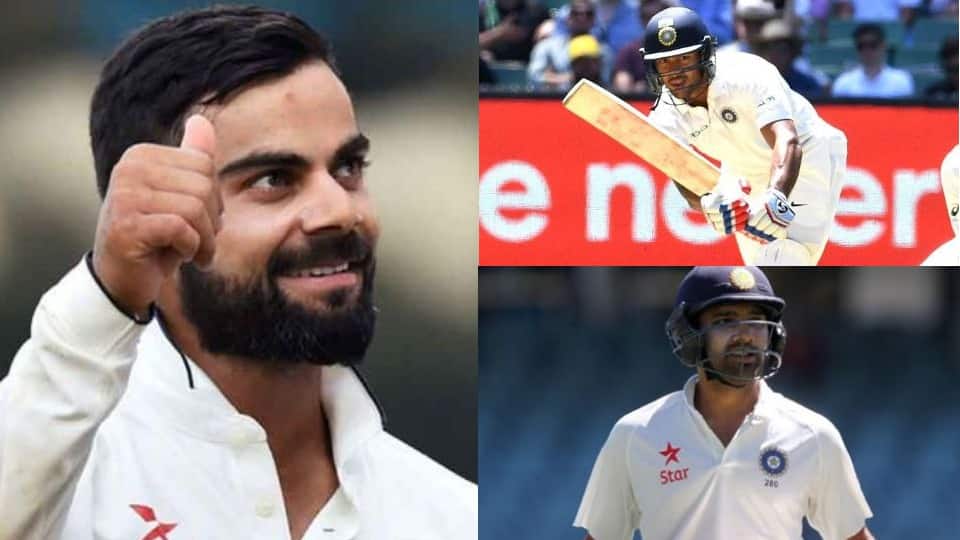 The unique record was created on Sunday after Rohit smashed his first double ton in the longest format of the game.

Interestingly, all the double hundreds were slammed in a different Test match.

Kohli scored his seventh double ton at Pune in the second Test match. He surpassed Virender Sehwag in the list for the most number of double hundreds for an Indian batsman.

Sehwag had six scores of 200 plus in the Test cricket.India resumed play from 224/3 on Day Two of the third Test match against the Proteas.

Riding on the confidence from the previous day, Rohit and Ajinkya played their natural game and didn`t allow the Proteas` bowlers to settle down.

However, their long partnership was cut short when Rahane got out after smashing his 11th Test century.

Yesterday Rohit also broke the record for registering the most number of sixes in a bilateral Test series.

The right-handed batsman went past West Indies` batsman Shimron Hetmyer, who had registered 15 sixes in the series against Bangladesh in 2018/19.