Mayanti Langer not to be part of IPL 2020 broadcasting panel

Mayanti Langer, one of the finest sports anchors of the country, will not be a part of the broadcasting panel for the upcoming 2020 edition of the Indian Premier League (IPL). 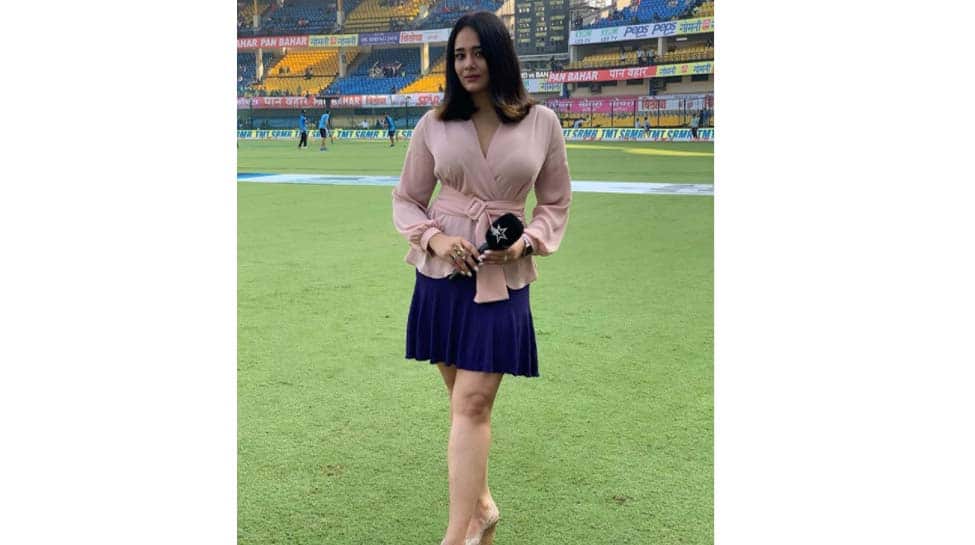 Mayanti Langer, one of the finest sports anchors of the country, will not be a part of the broadcasting panel for the upcoming 2020 edition of the Indian Premier League (IPL).

IPL official broadcaster Star Sports took to its official Twitter handle to confirm that Mayanti will miss the 13th season of the IPL, which is slated to take place in the United Arab Emirates (UAE) from September 19 to November 10.

One of the Twitter user asked if Mayanti Langer will be anchoring in this year's cash-rich league.

"Update on Mayanti Langer Anchoring in IPL ???," the user wrote.

Replying to the same, Star Sports tweeted, "Hi! Mayanti Langer won't be a part of #Dream11IPL 2020."

In fact, the IPL broadcaster has announced a full-fledge panel of presenters, including female anchors, for the upcoming lucrative T20 tournament.

Sunil Gavaskar will once again be sharing the mic with his son Rohan Gavaskar, while former chief selectors Kris Srikanth and MSK Prasad will be commentating the game in Tamil and Telugu, respectively.

Mayanti has been one of the most prominent faces in Indian sports broadcasting for many years now. She has presented in the International Cricket Council (ICC) Cricket World Cups, Indian Cricket League (ICL) and also in various seasons of the Indian Premier League (IPL).

The 2020 IPL was originally slated to take place from March 29 to May 24, but the Board of Control for Cricket in India (BCCI) first decided to postpone it before moving it to UAE in the wake of rise in coronavirus cases in India.