Dhawan was scheduled to play for the Delhi Capitals in the 2020 IPL, which was originally slated to take place from March 29 to May 24 but was postponed indefinitely by the BCCI due to COVID-19. 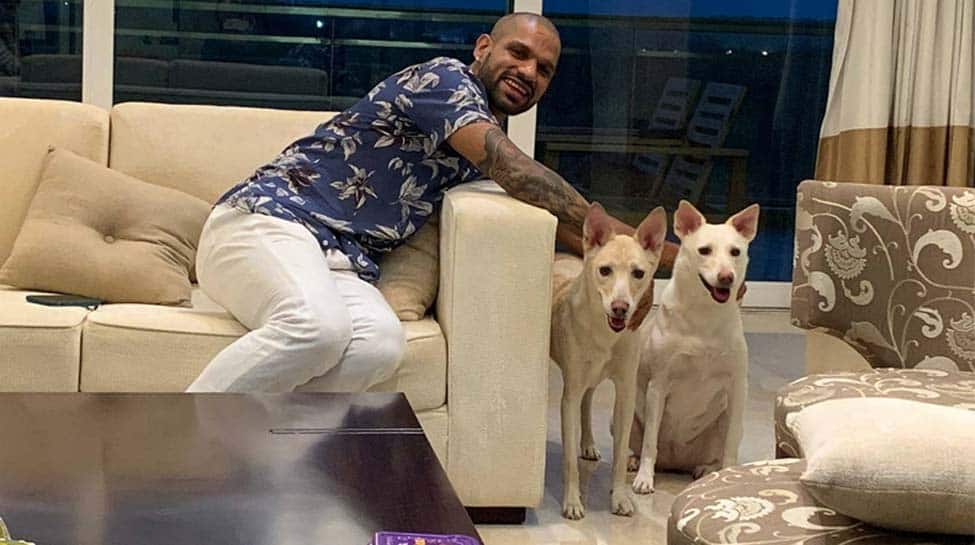 While international cricket across the world is yet to big amid coronavirus pandemic, Indian opener Shikhar Dhawan has announced that he has recently adopted two dogs--Chloe and Valentine.

The 34-year-old took to his official Twitter handle to reveal his two new adorable family members.

Dhawan posted a couple of pictures of him with his two 'cuties' and  can be seen having gala time with them.

"Adopted these cuties today. Chloe and Valentine our new family members #desidogs," the Indian opening batsman tweeted along with the pictures.

In one picture, Dhawan could be seen caressing the dogs' foreheads, while in another photo the opener's son Zoravar could be seen playing with Chloe and Valentine.

Earlier this month, Dhawan had taken to his Instagram account and shared a hilarous video of him with son Zoravar.

In the TikTok video posted by Dhawan, he and his could be seen arguing with each other. "Subah subah bete se disagreement ho gayi," Dhawan captioned the post.

Dhawan was scheduled to play for the Delhi Capitals in the 2020 edition of the Indian Premier League, which was originally slated to take place from March 29 to May 24. However, the Board of Control for Cricket in India (BCCI), who had initially postponed the IPL 2020 till April 14, suspended the T20 lucrative tournament indefinitely in the wake of coronavirus crises.

Notably, the coronavirus pandemic had brought all the international cricketing activities around the world at halt following the first ODI between Australia and New Zealand on March 13.

However, the international cricket is all set tot return with a three-match Test series and as many T20Is between England and West Indies from July 8.