Australia have called in uncapped batsman Ashton Turner into the squad as cover for Mitchell Marsh for the opening ODI against India on Saturday at the SCG. 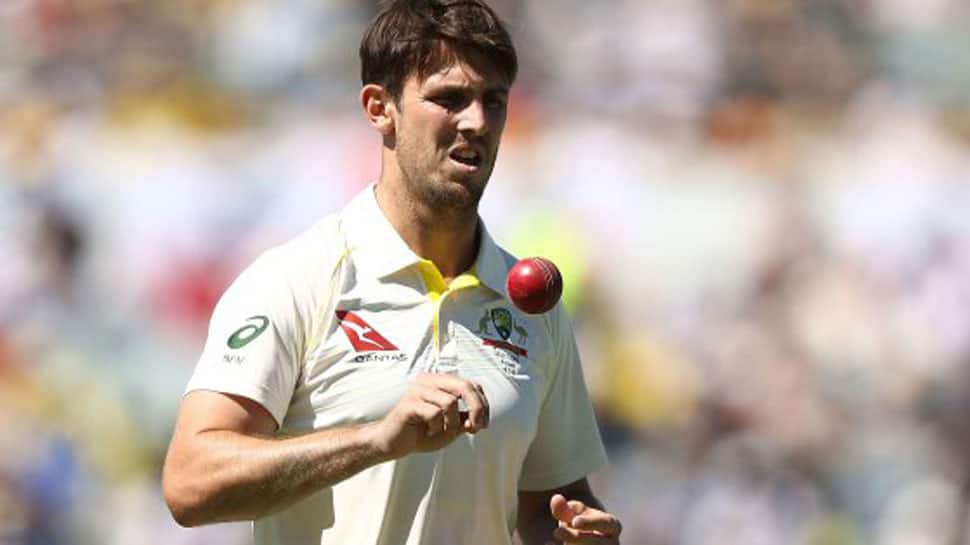 Australian all-rounder Mitchell Marsh has been sidelined from the first ODI of the upcoming three-match series against India after being struck down with a bout of gastritis, coach  Justin Langer said on Thursday.

With Marsh forced to sit out of the opener of a three-match series, Australia called in uncapped batsman Ashton Turner into the squad as cover for Saturday's Sydney Cricket Ground contest.

"He`s got gastritis so he`s spent two days in hospital.We`ll just have to wait and see how he recovers but, he certainly won`t play this first one," Langer told a news conference.

Turner has deputised for Marsh as captain of Western Australia while the all-rounder was on international duty.

Justin Langer said that the 25-year-old is a "great athlete".

"He`s in a great form, he finishes off the innings well," said Langer, a former Western Australia coach.

"He`s a lead athlete in the field and he`s also a captain. He`s a good thinker of the game like most great finishers and a good leader, a really good person around the group. I`m very excited to see him coming in," he added.

Marsh and his batsman brother Shaun were dropped from the Test side for the upcoming matches against Sri Lanka after Australia lost a home series to India for the first time when Virat Kohli`s men prevailed 2-1.

Langer, a close friend of their father Geoff "Swampy" Marsh, admitted that it had been a tough decision to make.

"That`s what leadership`s about, you`ve got make tough calls," he said.

"I`ve known them since they were kids, Geoff Marsh is one of my best friends and coached with me in Western Australia. But at the end of the day, the boys know, and Swampy knows, that it`s a tough business and if you are not performing, you don`t get picked," the Australian coach added.

Langer also tersely dismissed the notion, that national selectors were excluding batsman Glenn Maxwell from the Test squad for reasons, other than his form out in the middle.

"Glenn is crystal clear from me and the selectors on what he needs to do to get back in the test team," he said.

"There have been some reports about personality: it is literally false. It`s not true. He`s crystal clear what he has to do. All the conjecture about it, that`s all part of the noise," Langer signed off.