Swepson seemed to have got the nod in the Australian squad after he bagged 12 wickets in six games he played for Queensland during Sheffield Shield. 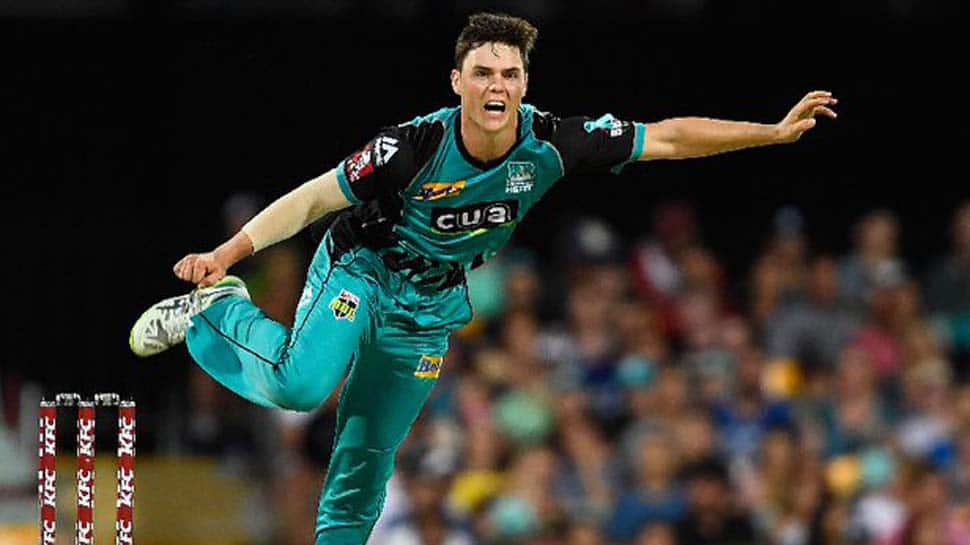 Australian leg-spinner Mitchell Swepson has been called up in the national squad for the third and final Test of the three-match series against New Zealand, beginning January 3 at the Sydney Cricket Ground (SCG).

Swepson seemed to have got the nod in the Australian squad after he bagged 12 wickets in six games he played for Queensland during Sheffield Shield. Last month, he also finished with brilliant figures of seven for 92 against Victoria.

Reflecting on his inclusion, Trevor Hohns said that though pacers Mitchell Starc, Pat Cummins and James Pattinson and off-spinner Nathan Lyon have already been named in the Australian squad, Swepson's addition would offer them another spin option in Sydney.

"Having Mitch in Sydney gives us the option to play two specialist spinners if the conditions demand. We will make those assessments when we get to Sydney," the International Cricket Council (ICC) quoted Hohns as saying.

The 26-year-old has appeared in just one T20I for Australia during a series against England last year. Though he was also named in the Test squads for the tours of India and Bangladesh in 2017, he is yet to make his debut in the longest format of the game.

Meanwhile, Hohns also confirmed that Peter Siddle--who was left out of the Playing XI for Melbourne Test at the expense of James Pattinson--is all set to make a return to the Big Bash League (BBL).

"Having Sids (Siddle) as the 13th man and his experience at the MCG has been invaluable. His insights have greatly assisted the fast bowlers for this Test and it was great having him around the group," he concluded.