It was Mithali Raj’s fifth successive ODI half-century dating back to home series against South Africa last year. In the process, the Indian captain also scored his 59th fifty in this format apart from six centuries in 218 matches. 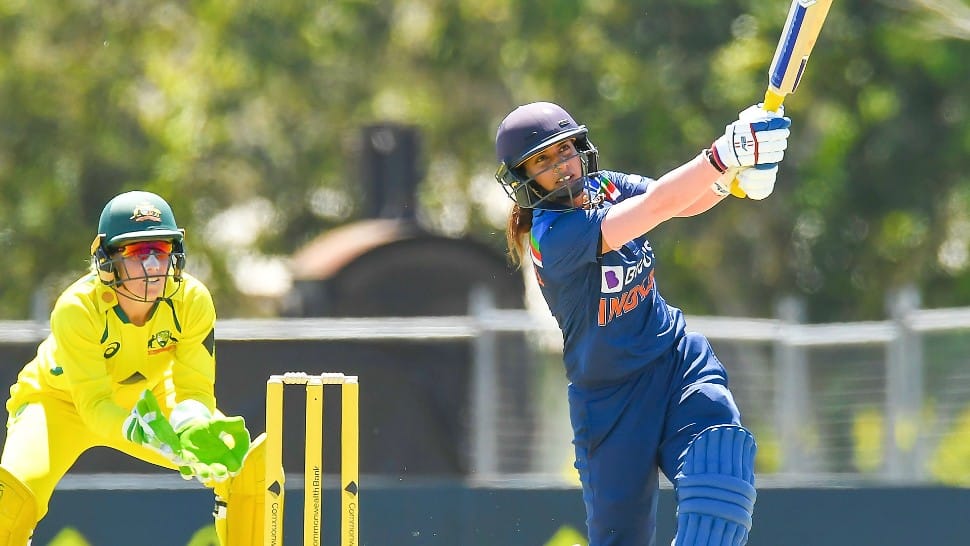 India women cricket captain Mithali Raj might have played a 61-run knock but Darcie Brown’s four-wicket haul helped Australia restrict India to 225/8 in the first ODI of the three-match series here at the Harrup Park in Mackay on Tuesday (September 21). Apart from Mithali, Yastrika Bhatia also chipped in with an innings of 35 runs with the help of two boundaries.

It was Mithali’s fifth successive ODI half-century dating back to home series against South Africa last year. In the process, the Indian captain also scored his 59th fifty in this format apart from six centuries in 218 matches. The Indian skipper also completed 20,000 career runs over the course of this innings.

Mithali also took a blow on her head while batting on 11 off the bowling of Australia’s Ellyse Perry. Watch the video here…

Good news - Mithali Raj is good to continue after copping this big hit to the helmet off Ellyse Perry #AUSvIND pic.twitter.com/HH82eDXOAs

Sent into bat, Shafali Verma and Smriti Mandhana provided a quickfire start as the opening duo put on 31 runs inside the first four overs. However, Australia stormed right back as Brown dismissed both Shafali (8) and Mandhana (16), reducing India to 38/2 in the sixth over.

Yastika and Mithali then got together at the crease and both batters put on 77 runs for the third wicket, but as soon as India started to gain an upper hand, the side lost the wicket of Bhatia (35) to Brown in the 26th over.

Deepti Sharma (9) failed to leave a mark with the bat, handing Brown her fourth wicket and India was reduced to 129/4 in the 31st over. Mithali might have played a knock of 61 runs but her strike rate can once again be talked about as she scored runs from 107 balls and her innings was finally ended up by Sophie Molineux in the 38th over.

Molineux had Mithali stumped and this brought Richa Ghosh and Pooja Vastrakar together at the crease. The lower-order was not able to contribute much, and in the end, India had to settle with a score of 225.

In the final overs, Richa Ghosh and Jhulan Goswami played cameos of 32 and 20 respectively.

India's frailties in the batting and bowling department were laid bare as the mighty Australia gave the visitors a nine-wicket hiding in the first women's ODI to extend their record winning streak to 25 matches. India, who are aiming to post 250 plus regularly to challenge the likes of Australia, could only manage 225 for eight in an innings that never got the momentum it needed.

Australia gunned down the target in 41 overs as India bowling lacked the teeth to trouble them. The four-time World Cup winners last lost an ODI in October 2017. After a sedate start of 30 runs in eight overs, Australian openers Alyssa Healy (77 off 77) and Rachael Haynes (93 not out off 100) changed gears to run away with the game.