Shami has been one of India's best performers in 2018 and is expected to share the new ball with Jasprit Bumrah during the World Cup, starting May 30. 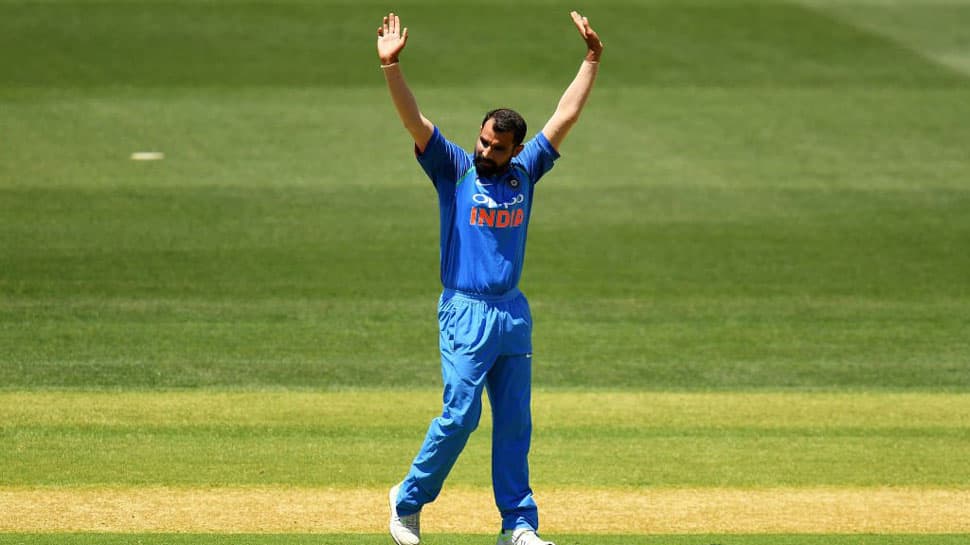 Mohammed Shami is keen to make an impact for Kings XI Punjab in the upcoming IPL but will be given adequate rest in between matches, said Kings XI Punjab coach Mike Hesson.

There is a lot of talk around the workload of Indian players going into the IPL with the all-important World Cup beginning two weeks after lucrative T20 league and Indian captain Virat Kohli has left it to the players to manage their workload during the competition.

Shami has been one of India's best performers in 2018 and is expected to share the new ball with Jasprit Bumrah during the World Cup, starting May 30.

"It is going to be on a case by case basis. I have had chats with KL Rahul and Mohammed Shami. They are keen to make a big contribution for KXIP and we are certainly very keen to have them. We will manage them like every player throughout the tournament," former New Zealand coach Hesson told PTI.

While Shami's workload definitely needs to be monitored, Rahul will be more than happy to play as many games as possible to get back into the groove.

"If they feel a little jaded during the course of the IPL, we will rest them. Whether they need extra training or rest, I am not sure for how many games we will rest them. We also have to see how the season goes for the team but they both are very keen to make a big contribution," said the 44-year-old, who was appointed as head coach in October.

Most teams including KXIP will have to factor in the availability of foreign players in a World Cup year. West Indian Chris Gayle, South African David Miller and Afghanistan's Mujeeb Zadran, who all play for the Punjab franchise, are certainties for their respective ODI teams.

"Availability will be an issue but we will be least affected than most teams. Afghanistan players will probably leave later in the group stage, South African players towards the playoffs, not sure if they will be asked to go back. There is a Sheffield Shield final in Australia also but we certainly have got enough players to deal with that," said Hesson.

With the training camp underway in Mohali, the New Zealander is getting to know the players and enjoying his cricket conversations with captain Ravichandran Ashwin.

"We have similar thoughts around the way we want to play the game. We have had some good discussions on the game along with the rest of the support staff. Ashwin reads the game well and is very clear in his mind. We just have to give him the best group of players to work with on the park," said Hesson, who is determined to guide KXIP to their maiden IPL title.

Ashwin may not be in India's limited overs set-up at the moment but remains as motivated as ever to give his best in the shorter formats, said Hesson.

"What I know about Ashwin is that he is a highly competitive person. That has not changed. He has been training well for the tournament and is fiercely determined. I don't think has changed."

Hesson also has high hopes from veteran Gayle, who silenced his critics last year by scoring a hundred and three half-centuries.

"Look he (Gayle) is a world-class performer. He has come off a series against England and he was in superb form there. He is in a good frame of mind and we are keen to see how he goes this year. We are expecting big things from him."

Amongst the uncapped Indian players, he has been impressed with UP's right-arm pacer Ankit Rajpoot and Punjab left-armer Arshdeep Singh besides spinner Harpreet Brar.

"We have got a lot of flexibility in the squad. When you play 14 games in a variety of conditions, flexibility is critical. We can't just rely on 11-12 players. When you come across different surfaces you need to be able to adapt and we have the resources to do that," said Hesson.

Talking about the World Cup in the UK, Hesson said India and England remain the favourites.

"New Zealand too have a good chance. Their batsmen are in form at the moment, if the ball swings in England, New Zealand have a big chance."

"Outside of that, India and England are still the two teams," Hesson added.