Most of the Australians hate me, says Mitchell Marsh

Making a return to the Aussie Test side after almost a year, Marsh was exceptional with the ball in hand, as he got the key breakthroughs of Ben Stokes, Jonny Bairstow, Sam Curran, and Chris Woakes. It was through his spell that Australia was able to come back into the match. 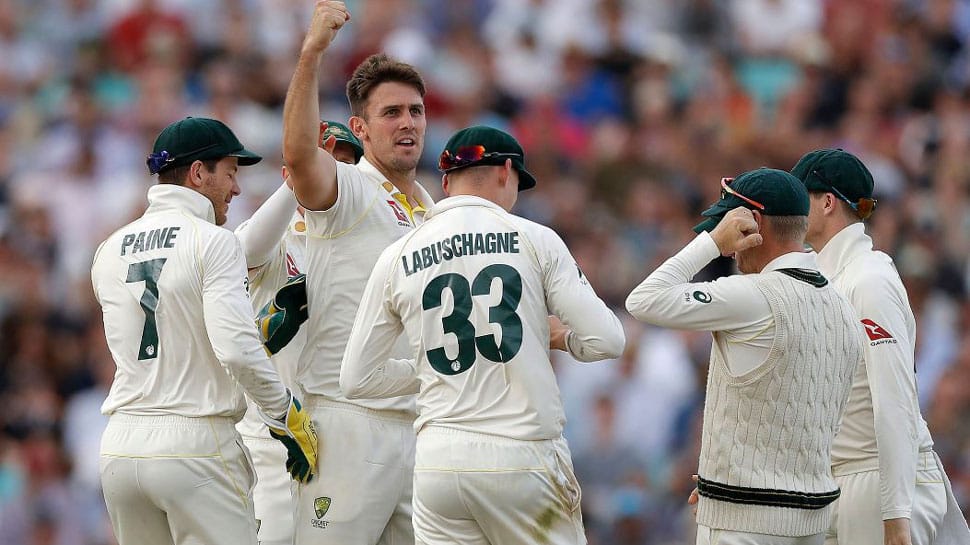 London: After taking four wickets on day one of the fifth and final Ashes Test, Australian all-rounder Mitchell Marsh revealed that many people back home hate him for not cementing a place in the side after being given so many chances by the team management.

"Yeah, most of Australia hates me. Australians are very passionate, they love their cricket, they want people to do well. There is no doubt I have had a lot of opportunity at Test level and I have not quite nailed it, but hopefully they can respect me for the fact I keep coming back and I love playing for Australia, I love the baggy green cap and I will keep trying and hopefully I will win them over one day," ESPN Cricinfo quoted Marsh as saying.

Making a return to the Aussie Test side after almost a year, Marsh was exceptional with the ball in hand, as he got the key breakthroughs of Ben Stokes, Jonny Bairstow, Sam Curran, and Chris Woakes. It was through his spell that Australia was able to come back into the match.

Marsh was named the team vice-captain ahead of the 2018/19 season but he had a poor series against Pakistan in UAE and he was not able to produce good results against India in December last year, as a result, he was dropped from the side.

The all-rounder revealed that he was battling with personal issues and as a result, it took a toll on him and he was unable to contribute to the side.

"I was not making runs, if you bat No. 4 for Australia you need to make runs. Last year was a range of stuff, a few things in my personal life. I lost a close friend to suicide at the start of the summer and when things like that happen, I did not handle it as well as I could have and that transitioned into my cricket at times as well. I understand everyone goes through tough periods in their life but I certainly did not handle it as best I could," Marsh said.

Marsh is playing in his first Test of the ongoing series and he said he wants to be a positive influence on the side even if he does not get opportunities in the playing XI.

"I wanted to come here and have a positive influence on this group, I think I have done that running the drinks and I just waited for my opportunity. I do not necessarily eat that bad, I am just a big eater, so I probably cut down my portion sizes a fair bit. There is no secret coach Justin Langer has certainly challenged me from a fitness perspective, he wanted me to get fitter and stronger and over the last six months I have put everything I have had into it," Marsh said.

The 27-year-old revealed that he was given a pep talk by the coach Langer to give his all with the ball in hand.

"I think in the past my role as a bowler has been to hold an end. JL came up to me before the start of play and at lunchtime and he just said `go for it, attack, bowl the way you want to bowl`, and I was a little bit, not shocked, but it gave me the confidence to go out there and give it everything I had," Marsh said.

"Maybe a change of mentality allowed me to bowl a bit more attacking as a player and it was fun. I want to be the best I can be at both batting and bowling, I don`t really want to pigeonhole one of them. No doubt as an allrounder at times you certainly hit them better than you`re bowling or vice versa but that`s just something that happens in cricket I guess as an allrounder. I want to be the best allrounder I can be in both facets of the game," he added.

England ended day one of the fifth and final Test in the ongoing Ashes at the score of 271/8 here at the Oval. After being put in to bat, the team kept on losing wickets at regular intervals and only Joe Root and Jos Buttler have been able to go past the 50-run mark. Root was dismissed for 57 whereas Buttler is unbeaten on 64.

Virat Kohli thanks DDCA, BCCI for dedicating a stand to him at Arun Jaitley stadium