Indian batsman Rohit Sharma has showered praises on former skipper and legendary cricketer Mahendra Singh Dhoni ahead of the One Day International series against Australia. 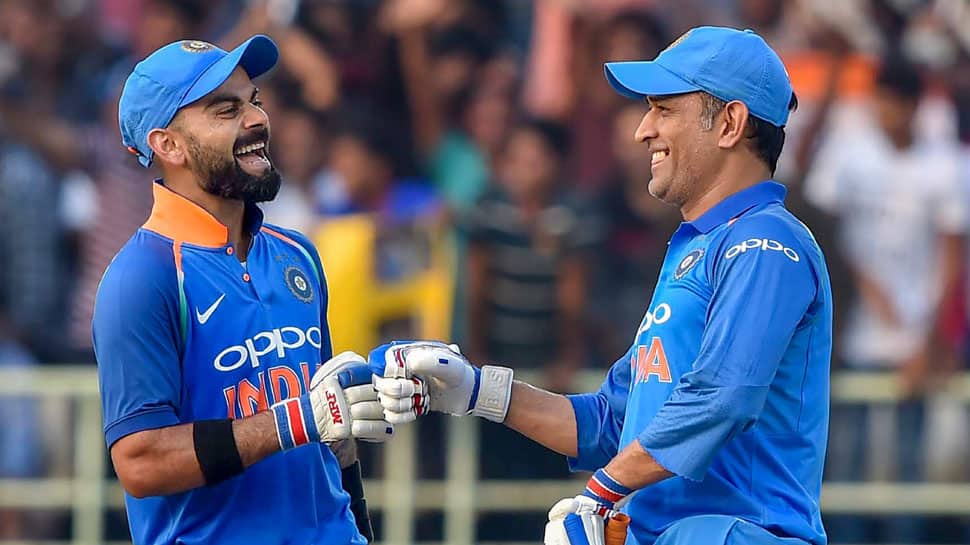 Indian batsman Rohit Sharma has showered praises on former skipper and legendary cricketer Mahendra Singh Dhoni ahead of the One Day International series against Australia, which is slated to begin on January 12. Speaking to mediapersons, Sharma said that Dhoni’s brings calmness to the group.

According to Sharma, the presence of Dhoni, who was nicknamed ‘captain cool’ during his tenure as Indian team skipper, is “also a bit of help to the captain (Virat Kohli)”.

Terming Dhoni’s inclusion in the team as a “massive factor”, Sharma said that the firebrand cricketer “brings a lot on the table for us”.

“Over the years we have seen the kind of presence he has in dressing room and on field. With him being around, there's calmness around the group, it's also a bit of a help to the captain, also going down the batting order and that finishing touch is very important,” said Sharma, referring to the ace finisher that Dhoni is.

He further said, “He has finished so many games for us, that role he plays is very important in terms of his batting. His calmness, his advice is very important. So, things he does brings a lot on the table for us and his presence around the group is a massive factor for us.”

During the media interaction, Sharma also talked about the upcoming ICC World Cup, which is slated to begin in May 2019. The batsman said that the composition of team India is expected to be the same as the current lot.

“More or less you will see the same squad playing the World Cup. There'll be one or two changes keeping in mind form and injury concerns over next few months. But I don't see any drastic change in the squad,” said Sharma, adding that he feels “everything will depend on form of each player”.

He, however, further said, “Nobody is guaranteed to that flight to England as yet. We've to be in prime form. Each and every player that will be taking part in the World Cup, all of us are aware of that, we need to keep performing and make sure that come the World cup, we're ready for it.”

MS Dhoni, along with other white-ball specialists including Shikhar Dhawan, Rohit Sharma, Ambati Rayudu, Kedar Jadhav, Yuzvendra Chahal, Dinesh Karthik and Khaleel Ahmed, have joined up with the Indian team.

On Wednesday, four members of the newly arrived bunch trained at the SCG. Dhoni, Dhawan, Jadhav and Rayudu went through the paces ahead of the first ODI in Sydney on Saturday.