CSK retained Ravindra Jadeja, MS Dhoni, Ruturaj Gaikwad and Moeen Ali ahead of the Indian Premier League (IPL) 2022. Dwayne Bravo also confirmed that he would be entering the mega auction. 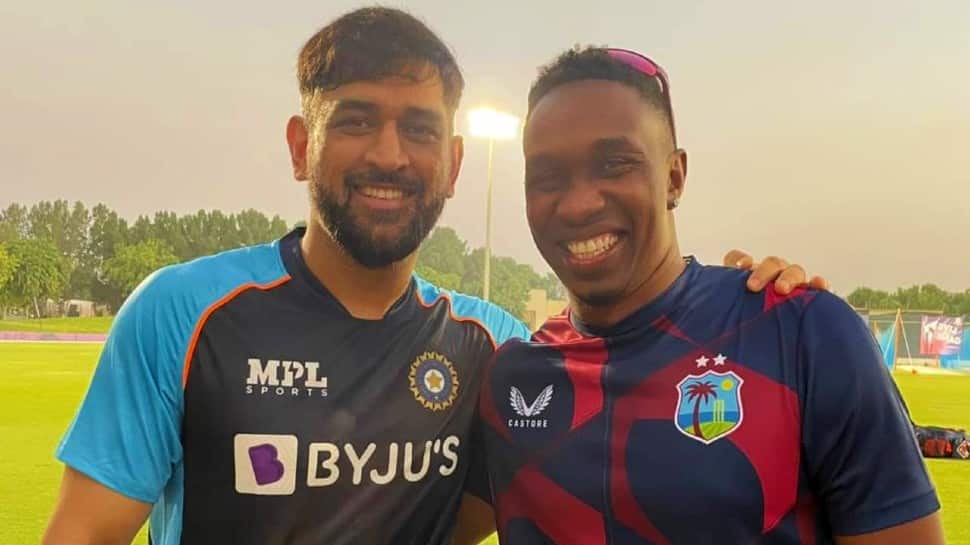 Former West Indies and Chennai Super Kings all-rounder Dwayne Bravo said that skipper MS Dhoni personally played a big role in helping his career, and both of them have a great legacy at Indian Premier League (IPL) franchise CSK. Bravo opened up on his admiration for Dhoni, the legacy at IPL franchise CSK and his upcoming fashion label ‘Djb47’.

CSK retained Ravindra Jadeja, MS Dhoni, Ruturaj Gaikwad and Moeen Ali ahead of the Indian Premier League (IPL) 2022. Bravo also confirmed that he would be entering the mega auction.

“We all know that MS Dhoni and I call each other brothers from another mother. We have developed a strong friendship. He is a global ambassador of the game and he has helped my career personally. We both have a great legacy at CSK and we have helped in turning that franchise into one of the most dominant franchises and that will be there in the history books. We have a strong friendship and that is more important than anything else,” he added.

The 38-year-old all-rounder recently announced his retirement from international cricket at the T20 World Cup, bringing down the curtains on a career spanning more than 17 years.