MS Dhoni prevents Indian flag from touching the ground as fan bows down, leaves Twitterati in awe - In pics

Carrying the Tricolour in his hand, the delirious fan broke through the security cover and rushed towards Dhoni. 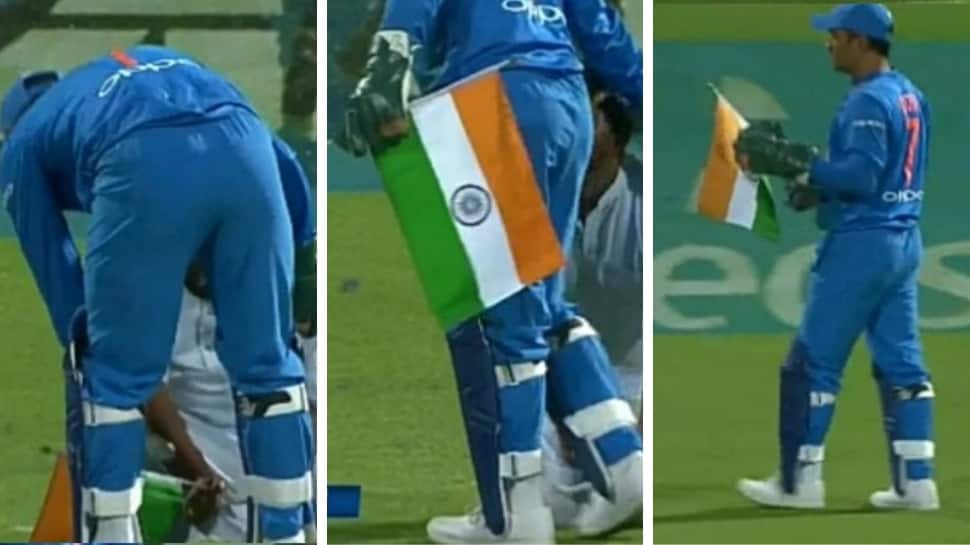 Yet again during a match, a delirious fan ran towards former Indian skipper Mahendra Singh Dhoni to touch his feet. Carrying the Tricolour in his hand, he broke through the security cover and rushed towards Dhoni. But as he ran, the Indian flag that he had in his hand almost fell down and was about to touch the ground when Dhoni with his lightning quick reflexes caught the flag just in time and grabbed it from the fan.

The incident took place during the third T20 International against New Zealand in Hamilton on Sunday. Facing a target of 213 runs, India lost the match by four runs to lose the three-match T20I series 1-2 to New Zealand.

The love of the fan was reciprocated on Twitter with his countless followers showering applause for his patriotism.

First thirteen instances were in India, But this is in NZ ___!!

In any situation never allow anyone to forget the dignity of our National Flag, salute to MS.

The way he pulled flag from touching the ground. Loved it!!

After recording their biggest ODI series win in New Zealand soil, a first first-ever series win would have been icing on the cake but the hosts held their nerves to pull off a thrilling victory. New Zealand denied India a perfect finish by clinching the T20 series 2-1 with a narrow win on Sunday.

Dhoni, as always, was exceptional behind the stumps. However, he scored just two runs in his 300th match in the shortest format, including the 199 IPL games he has featured so far. He has played in 96 T20 Internationals, scoring 1548 runs at an average of 36.85. Dhoni also has 56 catches and 34 stumpings to his name.

Pakistan to host all Australia ODI series matches in UAE