India are currently leading the series by 2-0 after clinching a nerve-wracking eight-run win over Australia in Nagpur. 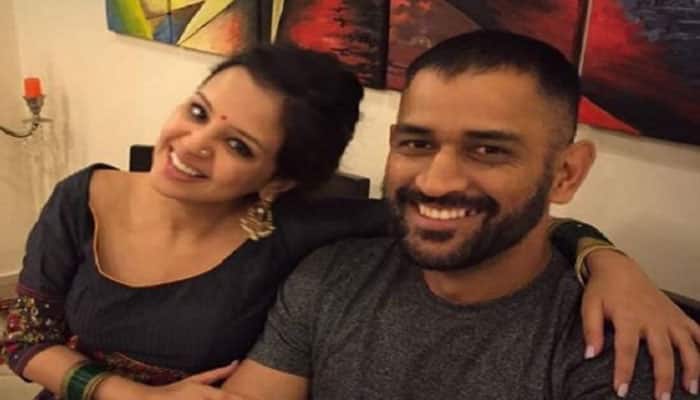 Indian wicketkeeper-batsman Mahendra Singh Dhoni and his wife Sakshi hosted a grand dinner for the Men in Blue in Ranchi ahead of the third ODI of the five-match series against Australia at the JSCA International Stadium Complex in Jharkhand on Friday.

Taking to his official Twitter handle, bowler Yuzvendra Chahal posted a picture of the entire team and its staff enjoying dinner at Dhoni's swanky farmhouse in Jharkhand's capital city.

He further thanked the former Indian captain and his wife for hosting a great get-together ahead of the third ODI.

"Thank you for last night @msdhoni bhai and @SaakshiSRawat bhabhi," he wrote.

While Virat Kohli and the other players were looking relaxed in their casual outfits, hosts Dhoni was grabbing the attention with his black jacket teamed up with a black cap.

Meanwhile, Kohli also took to his Instagram account and shared a picture of him alongside Dhoni, Kuldeep Yadav, Chahal, Rishabh Pant from the dinner.

Earlier, Dhoni received a hero welcome on his arrival at the Ranchi Airport.

India are currently leading the series by 2-0 after clinching a nerve-wracking eight-run win over Australia, courtesy Virat Kohli's 116-run knock and Kuldeep Yadav's two wickets in final over, at the Vidarbha Cricket Association Stadium in Nagpur.