This innings will certainly be remembered for the 38-year-old's desire to help India battle till the end which is one of the attributes which have defined his career. 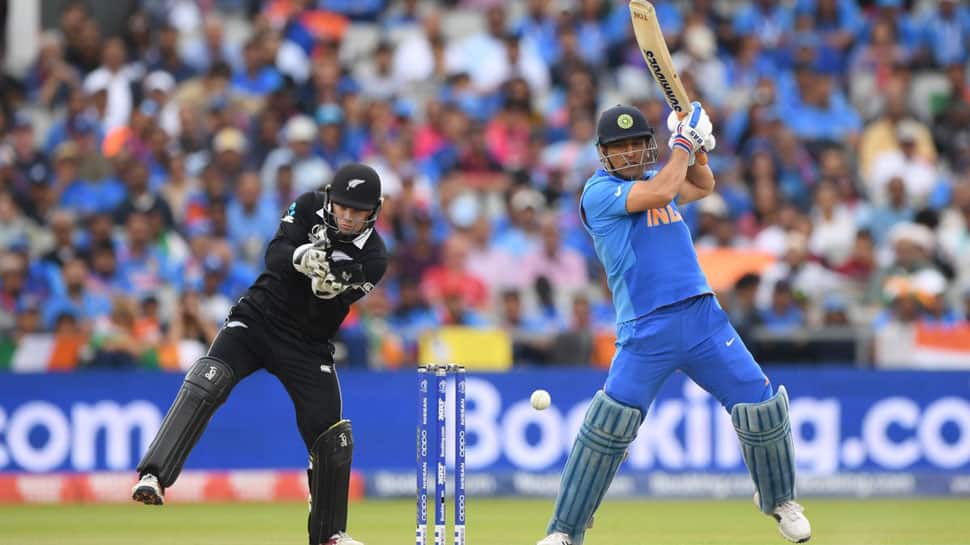 New Zealand booked their place in the final of the 2019 International Cricket Council (ICC) World Cup after defeating India by 18 runs in the first semi-final of the marquee event at Old Trafford, Manchester on Wednesday.

The Kane Williamson-led side was restricted to a score of 239 for eight in 50 overs after the game resumed from the previous day's scoreline of 211 for five in 46.1 overs following incessant rain.

Chasing the target of 240 which seemed moderate initially, the Men in Blue made the worst possible start by collapsing to 5/3 inside 3.1 overs.

However, the arrival of wicketkeeper-batsman Mahendra Singh Dhoni following the dismissal of Rishabh Pant (32) helped to add a certain solidity to the gameplay. With Team India's scoreline at 71/5 in 22.5 overs, Dhoni initially attempted to stitch a partnership with all-rounder Hardik Pandya adopting a cautious attitude.

However, Pandya's dismissal brought the end to a short partnership of 21 runs. Dhoni remained unaffected despite the bleak scenario which the team was in, stitching a partnership of 116 runs with all-rounder Ravindra Jadeja.

The crucial partnership between Dhoni and Jadeja helped India push their way back into the game after looking down and out at one stage of the match. The 38-year-old former skipper ensured solid gameplay from one end while Jadeja attempted to go for some big shots.

However, Dhoni-- who has led India to many victories from difficult scenarios--failed to replicate the same during the all-important semi-final clash after being dismissed for 50, shortly after Jadeja's dismissal. The experienced wicketkeeper-batsman faced 72 deliveries with a boundary and a six off the innings.

Dhoni was expected to retire at the end of the 2019 ICC World Cup, with this innings being referred to as his last ever appearance in the tournament. This innings will certainly be remembered for the 38-year-old's desire to help India battle till the end which is one of the attributes which have defined his career.

The Men in Blue will need to find a suitable successor for Dhoni if they are to repeat their feat of 1983 and 2011 in the next edition of the World Cup.