On the occasion of Valentine's Day, Indian all-rounder Hardik Pandya on Friday took to social media and shared an adorable picture of him with his 'valentine for life' Natasa Stankovic. 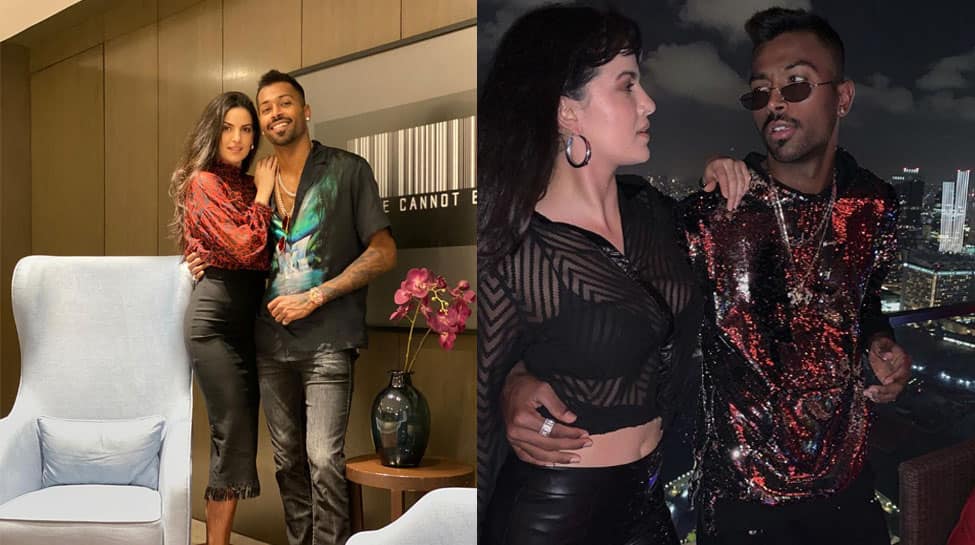 On the occasion of Valentine's Day, Indian all-rounder Hardik Pandya on Friday took to social media and shared an adorable picture of him with his 'valentine for life' Natasa Stankovic.

Taking to Twitter, the 26-year-old wished his fiancee and Serbian actress Natasa by posting a loved-up picture of the couple.

"My Valentine for life," Pandya tweeted.

My valentine for life  pic.twitter.com/tDbZ7gVY5K

In the picture, Pandya could be seen donning a black printed shirt and jeans while Natasa wore a red-printed top, black skirt and red heels as the stylish couple struck a pose for the camera.

Natasa, on the other hand, took to her Instagram account and shared a throwback picture of her and Pandya from last year's Valentine's Day.

Earlier on New Year, Pandya threw a surprise by announcing his engagement with the then-girlfriend Natasa on Instagram.

"Mai tera, Tu meri jaane, saara Hindustan (I am yours, you are mine and the entire nation knows it). 01.01.2020 #engaged," Pandya had written along with a few pictures of him with Natasa, who can be seen wearing a diamond ring on her engagement finger.

On the work front, Hardik is currently not playing for India as he is still recovering since undergoing back surgery in the UK in October 2019. His last international assignment came during a T20I match against South Africa in September 2019.

Natasa, on the other hand, made her debut in the entertainment industry with Bigg Boss 8. She later appeared in special dance sequences in films such as Satyagraha and Fukrey Returns.