The Caribbean side won the opening ODI against Virat Kohli-led India by eight wickets at MA Chidambaram Stadium in Chennai. 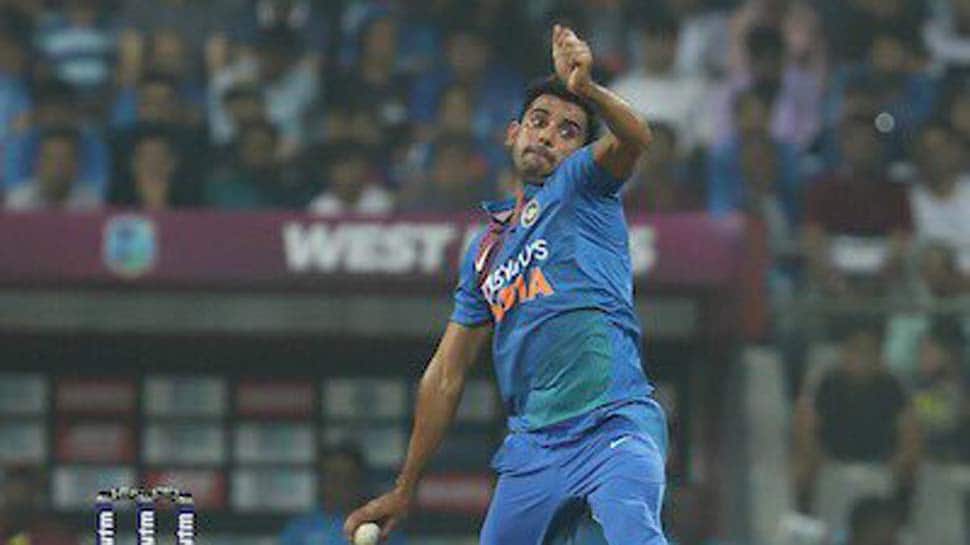 Indian fast bowler Deepak Chahar has been ruled out of the series-deciding third and final One-Day International (ODI) against West Indies at the Barabati Stadium in Cuttack on Sunday due to a lower back injury.

The 27-year-old complained of mild pain in his lower back after the second ODI of the three-match series between India and West Indies, which the hosts went on to win by 107 runs at the Dr. Y.S.R. ACA VDCA Cricket Stadium in Visakhapatnam on Wednesday.

Now, the Board of Control for Cricket in India (BCCI) confirmed that Chahar will miss the third West Indies ODI as he needs some more time to recover fully from the injury and, as a result, Navdeep Saini has been roped in the national squad as his replacement.

"The All-India Senior Selection Committee has named Navdeep Saini as a replacement for the injured Deepak Chahar for the third match of the ongoing Paytm ODI series against West Indies," the BCCI said in an official press release.

"Deepak felt mild pain in his lower back following the second ODI played in Vizag on Wednesday. The BCCI medical team examined him and has suggested that the fast bowler needs some rest in order to fully recover. He has thus been ruled out of the final ODI," the country's cricket board added.

The three-match series is currently leveled at 1-1. The Caribbean side won the opening ODI against Virat Kohli-led India by eight wickets at MA Chidambaram Stadium in Chennai.

The revised Indian ODI squad is as follows: