India batting coach Vikram Rathour believes one area where the team currently needs to work upon leading up to the T20 World Cup is to bat well while setting up a target. 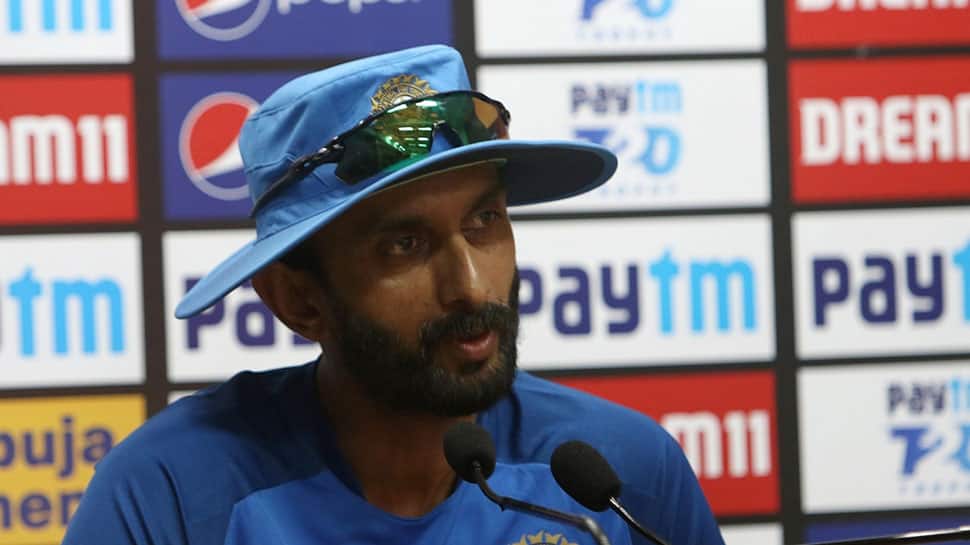 New Delhi: India batting coach Vikram Rathour believes one area where the team currently needs to work upon leading up to the T20 World Cup is to bat well while setting up a target.

Speaking ahead of the three-match T20I series against Bangladesh beginning Sunday, Rathour on Friday said Team India bats well when they are chasing, but when it comes to setting up a total, they need to improve.

"Basically, trying out different players and combinations. Like in the last series, we deliberately batted first which we lost. That's one area we need to work on.

"We need to bat better when we bat first in T20I cricket. We chase pretty well. That's one area we as a team are looking to improve," he said while addressing the reporters at the Arun Jaitley Stadium, the venue for the first T20I.

He also insisted that there shouldn't be too much of changing and chopping within the team while preparing for the next year's T20 World Cup.

"You cannot be changing too much", when a big tournament is coming, he said.

"We need to know what's the core of our team and maintain that core and in between try out new few players. Hopefully if and when they do well, that can help our team combination," Rathour said.

A lot has been talked about the poor weather conditions in the national capital. The air quality has been deteriorating ever since Diwali and on Friday it reached the ‘severe+' category.

Several Bangladeshi players were seen wearing masks while practising on Thursday and Friday.

However, Rathour believes the Indian team is used to playing in such conditions and therefore, it won't we a problem when they take the field on Sunday.

"I have played all my life in north India. We are used to these conditions and we have played under these conditions. So, nothing special is being taken care of. Pollution is there but the game has been scheduled. We are here to play and hopefully win," he said.

The batting coach is also expecting Bangladesh to give a tough fight, especially in the T20Is, even in the absence of their star players like Shakib al Hasan and Tamil Iqbal.

"Missing out on top players of course makes a difference to the team. But T20 is the only format where you don't players miss too much. But the amount of T20 cricket that is there being played in Bangladesh, I am sure they have good players," Rathour said.

"In today's game and age, you expect all the international teams to compete well against you. So, we are well prepared and we are hoping and are sure that Bangladesh will give their best. But we are looking to do our best. We are taking this series as a preparation for next year's World Cup. We are looking at all the options available," he added.

Speaking on Shakib's ban, the Indian batting coach said: "Of course, it's an unfortunate incident and you don't want things like that in cricket."