In another clash of the day, Qatar managed to defeat Malaysia in a game where both teams played for pride. 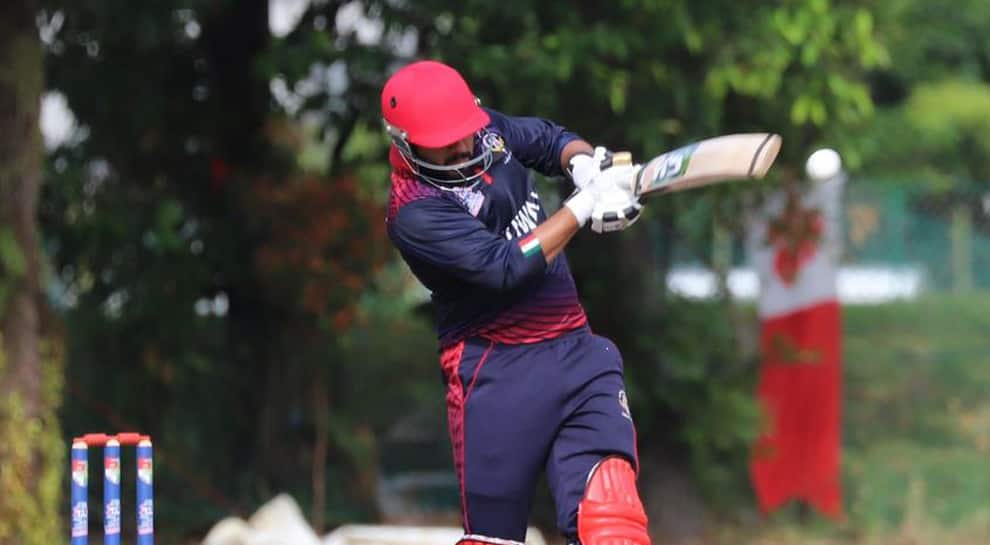 Nepal powered through Kuwait to set up a grand finale with hosts Singapore, while Qatar managed to defeat Malaysia in a game where both teams played for pride in an eventful and enthralling day at the T20 World Cup Asia Qualifiers on Saturday.

Nepal won the toss and elected to field on a bright and sunny Singapore morning on Saturday, with fans cheering them on against Kuwait in a must-win game.

The Nepal team looked focused and meant business from the get-go.

Opening bowlers Sompal Kami (four overs for 24) and Karan KC (2 for 40 off four overs) paired up in an aggressive opening spell and bowled with both pace and tenacity. At the end of the Powerplay, Kuwait were set back to 46/3.

Once again it was left to Kuwait skipper Muhammad Kashif (49 off 36) to resurrect the innings and get his side to a competitive total. He batted with great determination and kept attacking while remaining not out at the end of the Kuwait innings. Kuwait managed  to put a score of 141/9, with further contributions by Adnan Idrees (25 off 14) and MNM Aslam (23 off 25).

Sandeep Lamichhane (3 for 21 in four overs) and B Regmi (3 for 20 in four overs) bowled brilliantly in the middle overs and ensured that the target required would always be kept under control.

Nepal also displayed brilliance in the field with players hunting down balls and throwing themselves to save vital runs playing a brand that has certainly won the hearts of not just the Nepal fans but cricket lovers of Singapore.

Nepal skipper Paras Khadka (68 of 42) and G Malla (19 off 13) ensured that the their side chase was never derailed and that the team would continue to progress in the tournament as the duo added 44 for the first wicket in lightning-quick fashion and deflating the Kuwait team’s spirit in the process.

Muhammad Kashif (3 for 30 in 2.5 overs) once again stood out with the ball for Kuwait and captured three wickets more due to poor shot selection by the Nepal top order than any threat from the deliveries, often lobbing the ball in flight and inviting the error.

141 was never going to be enough on a wicket that had no demons and a fast outfield. S Vesawkar (38 off 30) and Rohit Paudel (6 off 9) combined with a 19-run partnership to dust off the Kuwait total in 16 overs and carry Nepal forward.

Khadka was awarded Player of the Match by ICC deputy chairman and chairman of associates Imran Hamid Khwaja for his brilliant match-winning half century.

On Sunday, Nepal will meet hosts Singapore in what will essentially be a final determining who will actually go through to ICC T20 World Cup Global Qualifiers in the UAE.

In another clash of the day, Malaysia won the toss and elected to bat first on a wicket that looked spin-friendly.

Openers Virandeep Singh (49 off 46) and Syed Aziz (5 off 5) were separated bright and early by GBW Munaweera (2 for 31 in four overs) having his first outing of the tournament for Qatar.

Ahmed Faiz (23 off 14) and Shafiq Sharif (36 off 21) were the other notable contributors with bat in Malaysia’s innings of 144 all out with five balls to spare, where wickets kept falling at regular intervals never allowing the innings to gain momentum and flourish towards a target that would pose a threat to Qatar.

Mohammed Nadeem (3 for 23 in four overs) & Iqbal Hussain (3 for 23) ensured that Qatar would manage Malaysia to a manageable total and kept picking regular and crucial wickets just as Malaysia were threatening to accelerate.

The Qatar fielding was lethargic at best and gifted Malaysia an additional 15 runs which almost proved costly in a tight run chase, which Qatar managed to make rather interesting despite at the outset looking quite comfortable.

NCK Liyanage (1 for 20 off four overs) removed the dangerous Faisal Javed in the second ball of the Qatar innings and Malaysia soon had the top order back in the hut with the score reading 3 for 26 in 5.1 overs.

The repair job was once again left to Qatar’s captain Tamoor Sajjad (26 off 26) and he joined forces with Nouman Sarwar (47 off 37) to get the innings back on track with a valuable 45-run partnership.

Sajjad was dismissed with Qatar still needing 62 runs for victory and Malaysia beginning to sense an opportunity to cause an upset.

Qalandar Khan (25 off 17) joined Nouman Sarwar at this juncture and played a few adventurous shots coupled with some urgent running between the wickets to ensure that Qatar were within striking distance of the required total.

Anwar Rahman (1 for 18 in four overs) and Virandeep Singh (2 for 15 in 1.4 overs) were the pick of the bowlers for Malaysia and tried valiantly to restrict Qatar in their defense of 144.

Qatar, however, found it within themselves to cross the line with two balls to spare on the back of a lusty blow from Nouman Sarwar, who was awarded the Player of the Match for his match-winning innings of 47 and picking up 1/21 with the ball. The award was presented by Manu Nayyar, the ICC Match Referee for the ICC T20 World Cup Asia Finals.