A win for New Zealand will mean a victory against all odds and a victory for England is one that is long overdue. 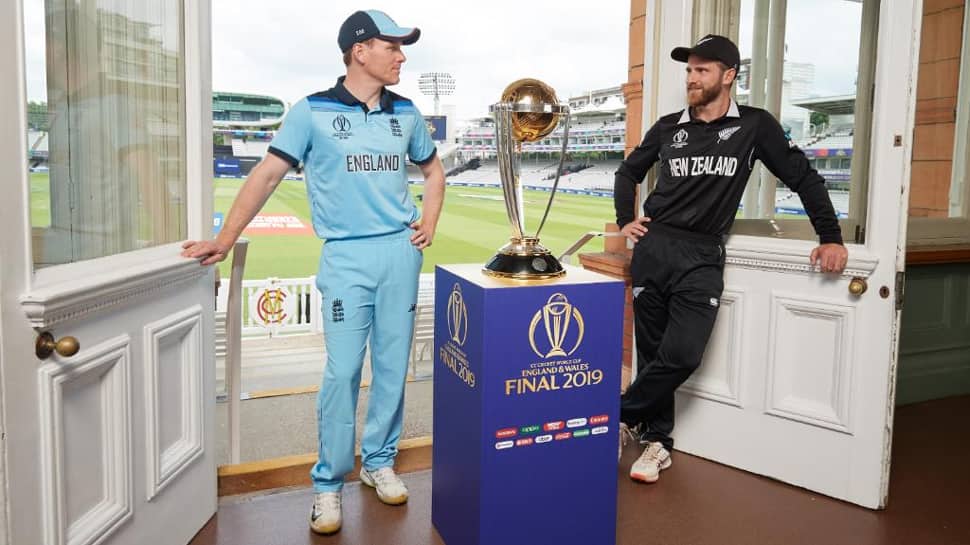 LONDON: Two teams, two captains, one prize. The biggest prize. The Cricket World Cup. If on May 30, 2019, people had said that the final of the World Cup 2019 would be between England and New Zealand, they were probably kidding. England, perhaps. But New Zealand?

At best, people foresaw them reaching the semi-finals, but they’ve managed to surpass that hurdle, beating India, the No. 1 side in the world to reach the final of the pinnacle event, need not forget, for the second year in a row. Few gave them a chance. They have been flying under the radar ever since they arrived, although just when they caught attention by remaining unbeaten after the first six games, Kane Williamson and his men endured three bumps along the way.

The bottom line is that they are here, on the cusp of history, a new dawn, a new beginning. With them is another side that attracted doubters. England went from being World Cup favourites to World Cup hopefuls to favourites again in a matter of one week. What a beating they dished out to Australia – a team that has dominated World Cups. They have been nicest cricket team with the nicest bunch of players. Will the nice guys finish first?

It was even more special because not too long ago at Lord’s, they had abjectly surrendered. But call it what you may – Michael Vaughan’s incinerating comments, the impact of Jason Roy at the top or simply that they have been the most consistent team since 2015 – Eoin Morgan and England are on the verge of banishing demons of the last 20 years of disappointments and heartbreaks.

From the 1999 edition, only two teams have won the World Cup. New Zealand and England knocked out both. Between them, England and New Zealand have just two ICC trophies – the Champions Trophy 2000 and the World T20 2010. What takes the cake is the guarantee of a fresh World Cup winner. The game deserves it.

As captains, both Morgan and Williamson have been inspirational in their own different ways. A win for New Zealand will mean a victory against all odds. A victory for England will be one that is long overdue. Just think about the individual battles. Joe Root v Kane Williamson. Jason Roy v Trent Boult. Ross Taylor v Ben Stokes. Jofra Archer v Lockie Ferguson. Remain free and savour the moment.

Two teams full of promise and shades of brilliance, here is New Zealand and England’s opportunity to embed themselves in their rich-cricketing folklore forever.

The surface on which the final will be played is what you call a green carpet. There’s a baffling amount of grass. It’s unusual for a World Cup final to unveil a surface, which leads to speculations whether the look is actually threatening or one that is deceiving

England have no worries at the top. Jonny Bairstow has been declared fit, despite twisting his ankle in the semi-final against Australia. Roy escaped a match ban after expressing displeasure at his dismissal. With a green surface in store, it looks like Moeen Ali will have to sit out yet again. England are expected to go in with the full might of Chris Woakes, Jofra Archer, Mark Wood and Liam Plunkett.

With Henry Nicholls getting some runs against India, he is set to partner Martin Guptill, who has been struggling for runs. Ish Sodhi had a nice, long run at the nets but the chances of him playing remain din. Mitchell Santner is expected to be the lone spinner in what promises to remain an unchanged team from the semi-final.

– England and New Zealand have met twice before at Lord’s, the Black Caps winning both previous encounters, a five-wicket victory in 2013 and a 51-run triumph in 2008

– Ross Taylor (987 runs) and Martin Guptill (976) are both vying to become the second player after Stephen Fleming (1,075) to score 1,000 runs for New Zealand, Kane Williamson requires 119 to reach the same milestone

“I haven’t allowed myself to think about lifting the trophy. Cricket and sport in particular is very fickle. If you ever get ahead, it always seems to bite you in the backside, so for us to win it, I think around the country it would be awesome, great for the game” – Eoin Morgan hasn’t envisioned himself lifting the trophy yet