David Gordon went into heart failure five weeks ago, and he passed away during New Zealand`s final match against England in the ICC Men`s Cricket World Cup. 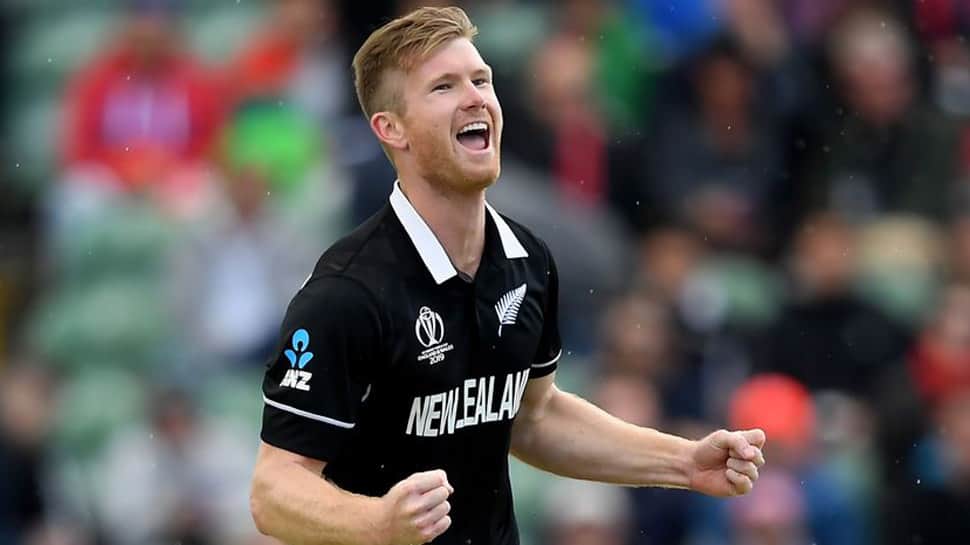 New Zealand`s all-rounder Jimmy Neesham on Thursday paid tribute to his high school cricket coach, David Gordon, who had passed away on July 14 due to heart failure.

"Dave Gordon, my High School teacher, coach, and friend. Your love of this game was infectious, especially for those of us lucky enough to play under you. How appropriate you held on until just after such a match. Hope you were proud. Thanks for everything. RIP," Neesham tweeted.

Daughter of David, Leonie Gordon was touched by Neesham`s response and said that her father was in regular touch with Neesham.

"It was lovely, you know, he`s kept in touch with Jimmy and he is friends with Jimmy`s father. He always had a soft spot for Jimmy Neesham, he was very proud of him. He would definitely be following his career," stuff.co.nz quoted Leonie Gordon as saying.

"One of the nurses came in for the final over, the super over, and she said his breathing is changing. You know, I think Jimmy Neesham had just hit that six and he took his last breath," Leonie Gordon said.

"We talked a lot about the cricket because he is obviously a big fan and a follower of the Black Caps," she added. The final between New Zealand and England at the Lord`s Cricket Ground on July 14 could not separate the two sides despite the 50-over match and subsequent super over.

England finally were declared the champions on the basis of boundary countback rule. This is the second successive time that New Zealand finished as the runners-up in the World Cup. The Kiwis under the leadership of Brendon McCullum lost the final of the 2015 edition to Australia by seven wickets.