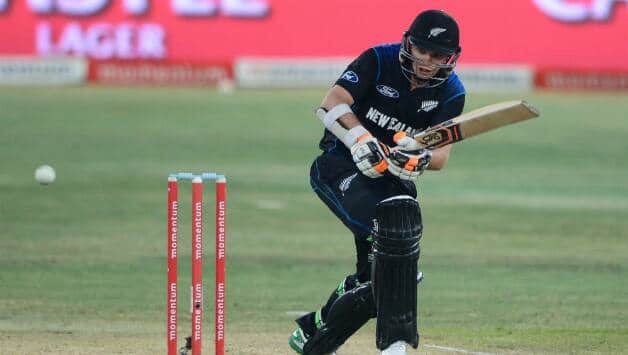 New Zealand wicketkeeper-batsman Tom Latham is doubtful for his side's opening match of the 2019 ICC World Cup against Sri Lanka after recently suffering a fracture on his finger.

The 27-year-old sustained the injury while keeping wicket during his side's third warm-up game against Australia in Brisbane last week. He was subsequently forced to leave the field for medical treatment.

Though Latham is now recovering from the injury and has been cleared to leave with the national squad for England and Wales, he is doubtful for the two warm-up games against New Zealand as well as the ICC World Cup opener on June 1 in Cardiff.

Reflecting on Latham's injury, New Zealand selector Gavin Larsen said that if Latham plays in New Zealand warm-up games, they will monitor his improvement on a day-to-day basis.

"Whether he [Latham] takes his place in those warm-up games we'll take a day-by-day approach on that, which will be down to the medical guys and Gary [Stead] and support staff when they're over there," ESPNcricinfo quoted Larsen as saying to Trackside Radio.

In case Latham misses the opener, Tom Blundell--who was named as the second wicketkeeper in the national squad for the World Cup-- will most likely to replace the former and become the first New Zealander since 1987 to make his ODI debut at the quadrennial event.