Young speedster Jaydev Unadkat says variations are a bowler's biggest asset in the T20 format and he is banking on that subtle skill to prolong his stay in the Indian team. 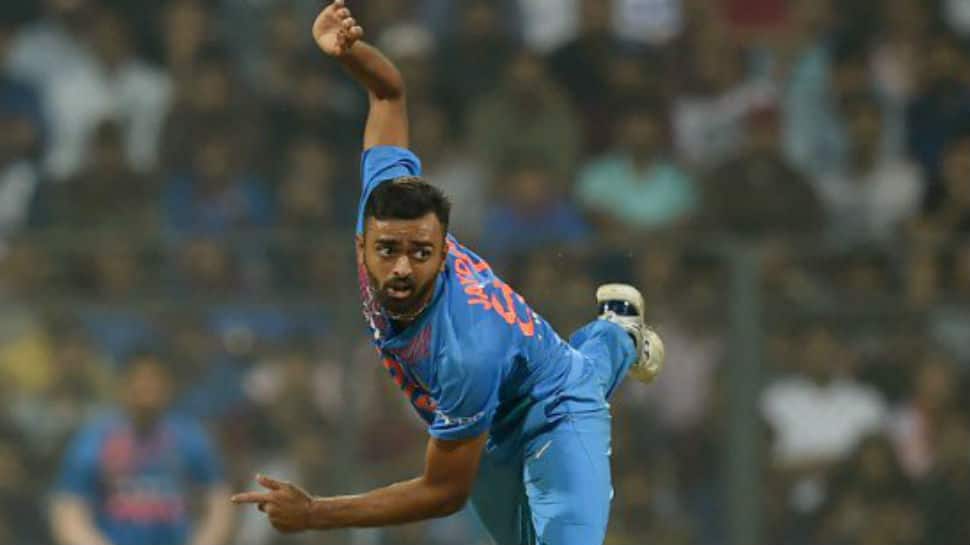 Colombo: Young speedster Jaydev Unadkat says variations are a bowler's biggest asset in the T20 format and he is banking on that subtle skill to prolong his stay in the Indian team.

Unadkat has broken into the Indian T20 team on the back of consistent performances on the domestic circuit, including the IPL, and has been doing a decent job ever since his comeback series against Sri Lanka in December.

"Variations are most important for a bowler in this format. You talk about playing with the batsman's mind and you can only do that with variations," Unadkat said on eve of India's match against Sri Lanka in the Nidahas Trophy.

"You can see how hard batsmen are going at us in the Powerplay in this series. It is up to us how we come out of it and don't allow them to hit. I back myself to do that," said the left-arm pacer, who banks on his slower balls and cutters to deceive the batsmen.

In the absence of senior bowlers, Unadkat opened the bowling alongside offie Washington Sundar in the first two games here. Unadkat praised Washington for doing a commendable job in the initial overs.

"I think he is bowling really well. We have bowled together in the past for Pune in the IPL. What benefits us is that how he contains the batsman being an off-spinner, which is a very difficult job.

"In this game, the openers just come and try to blast their way through. He varies his pace really well and keeps it simple," observed Unadkat.

Indian bowlers fared better against Bangladesh after the hammering they received at the hands of Kusal Perera in the opener against Sri Lanka. Unadkat said the bowlers will only get better as the tri-series progresses at Premadasa.

"You can be under pressure 24 times (off a maximum 24 balls) in T20s. We executed our plans better against Bangladesh and it is only going to get better in the coming games," he said.

He was also impressed with Bangladesh's record 215-run chase against Sri Lanka on Saturday.

"It was a very good chase. 215 by any team against any team is a great effort. It leaves the tri-series wide open," said Unadkat.

On his India comeback, he added: "I was waiting for this opportunity ever since I started playing the game. These are exciting times for me. I have tried to do as well as I could and the next few months will be about how I can improve further."

After wife says ready to resolve matter, Shami agrees to patch up