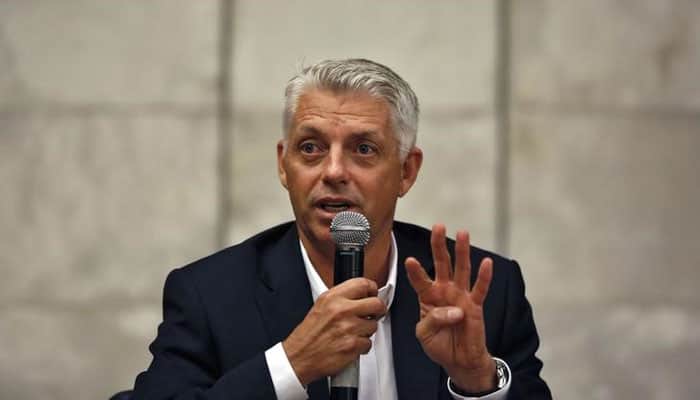 In the wake of a recent deadly terror attack in New Zealand which the Bangladesh cricket team escaped narrowly, International Cricket Council chief executive David Richardson has said that the security of the players continue to remain an 'absolute priority' heading into the 2019 ICC World Cup.

Tarrant had also live-streamed the shooting on Facebook using a head-mounted camera before he was eventually apprehended.

The Bangladesh cricket team's bus was barely meters away from the scene of the carnage when the players first heard gunshots.

As a result of the shooting, it was decided to call off the third Test between Bangladesh and New Zealand which was due to take place from Saturday in Wellington.

Reflecting on the same, Richardson admitted that though the terror attack in Christchurch definitely took a lot of people by surprise, there is definitely no room for complacency in security of the players going into the showpiece event.

"I don't think security is anything new, obviously something happening in New Zealand probably took a lot of people by surprise and it emphasised the need not to be complacent, especially going into the World Cup," ESPNcricinfo quoted Richardson as saying.

Richardson, who was speaking on the sidelines of Pakistan Super League (PSL) final in Karachi, further expressed confidence that the security director as well as all the United Kingdom-based security agencies have left no stone unturned in ensuring proper security to the visiting players.

"I know the work has already been done by the security director together with all the security agencies in the UK and they are leaving no stone unturned," he added.