Nuwan Pradeep ruled out of Australia Tests with hamstring injury

The two sides will play the opening Test, which will be a day-night affair, from January 24 in Brisbane before Sri Lanka and Australia head into the second match from February 1 in Canberra. 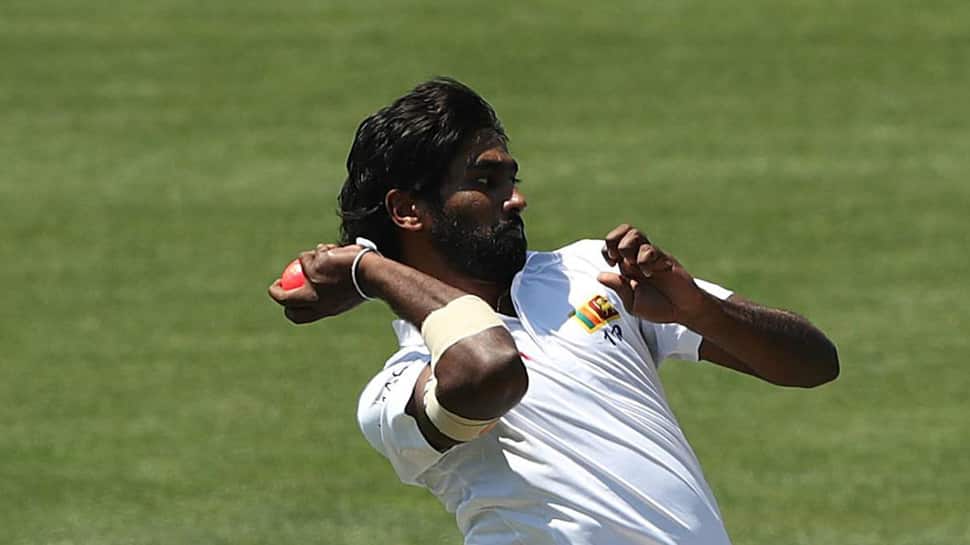 Sri Lankan pacer Nuwan Pradeep has been ruled out of the upcoming two-match Test series against Australia after suffering a hamstring injury.

The 32-year-old sustained the injury during the first innings of his side's three-day warm-up clash against Cricket Australia XI. He bowled just two overs during the match and did not return to the field for the second innings.

Confirming the news, the Sri Lanka Cricket (SLC) said that Pradeep has suffered a Grade 1 strain in his left hamstring and, therefore, he would miss the two Tests against Australia.

"Nuwan Pradeep, who is part of Sri Lanka’s test squad touring Australia for the two test series, has sustained an injury and will be out of the series," the SLC said in a media release.

"He has sustained a Grade 1 strain in his left hamstring. The injury has occurred, while Pradeep was bowling during Sri Lanka’s warm up game played against Cricket Australia XI," the statement added.

As Sri Lanka already have four fast bowlers in the squad in the form of Suranga Lakmal, Lahiru Kumara, Dushmantha Chameera and Kasun Rajitha, they have decided to not name Pradeep's replacement.

The two sides will play the opening Test, which will be a day-night affair, from January 24 in Brisbane before Sri Lanka and Australia head into the second match from February 1 in Canberra.

Virat Kohli is greatest ODI batsman to have played the game: Michael Clarke