The victory saw England increase their lead over India to three points to stand at the top position in the ODI team rankings with a total of 125 points. 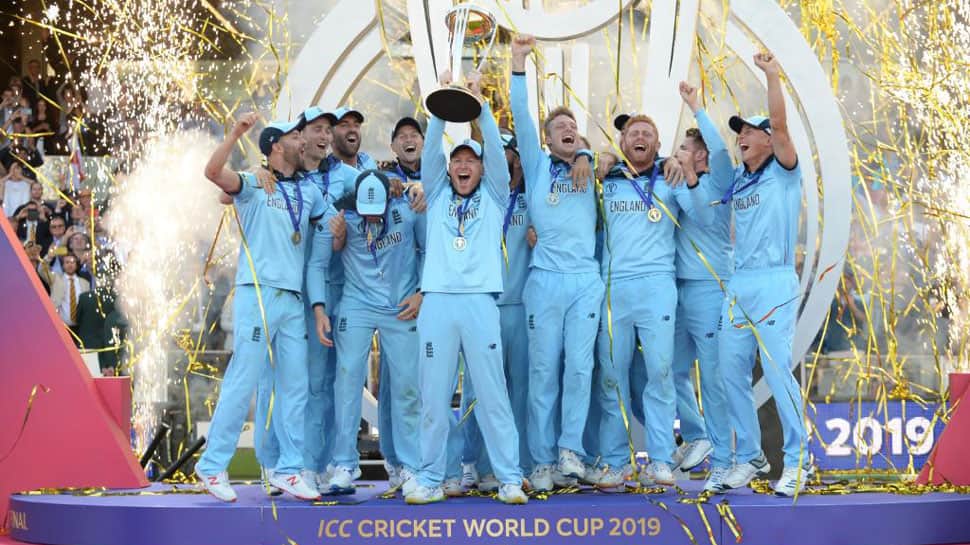 England have further strengthened their position at the numero-uno spot in the International Cricket Council (ICC) ODI Team rankings after lifting their maiden Men's Cricket World Cup title with a win over New Zealand in the nerve-wracking final of the marquee event at iconic Lord's Cricket Ground in London on Sunday.

For the first time in the history of the World Cup, the summit showdown of the cricket's extravaganza went to the Super-Over after the two teams finished tied at 241 in their stipulated 50 overs.

The Eoin Morgan-led side posted 15 runs in the first-ever Super-Over in a World Cup final clash before New Zealand also finished on 15. England eventually lifted their maiden trophy at the mega event on the basis of the more boundaries scored than New Zealand in the final count.

The victory saw England increase their lead over India to three points to stand at the top position in the ODI team rankings with a total of 125 points.

The Men in Blue, who finished as the semi-finalists in the 2019 World Cup after going down against runner-ups New Zealand in a close encounter at Old Trafford in Manchester, are standing second with 122 points.

The Black Caps continued to remain at the third spot with 112 points despite finishing as runner-ups in World Cup 2019 final.

Australia, who also finished as semi-finalists after losing to ultimate winners England, are standing at the fourth position. Meanwhile, South Africa--who returned home with their worst performance at a World Cup after winning just three out of nine group stage matches--round off the top five.