In India's last game against Sri Lanka, aircraft flew over the ground with anti-India banners tailing them. 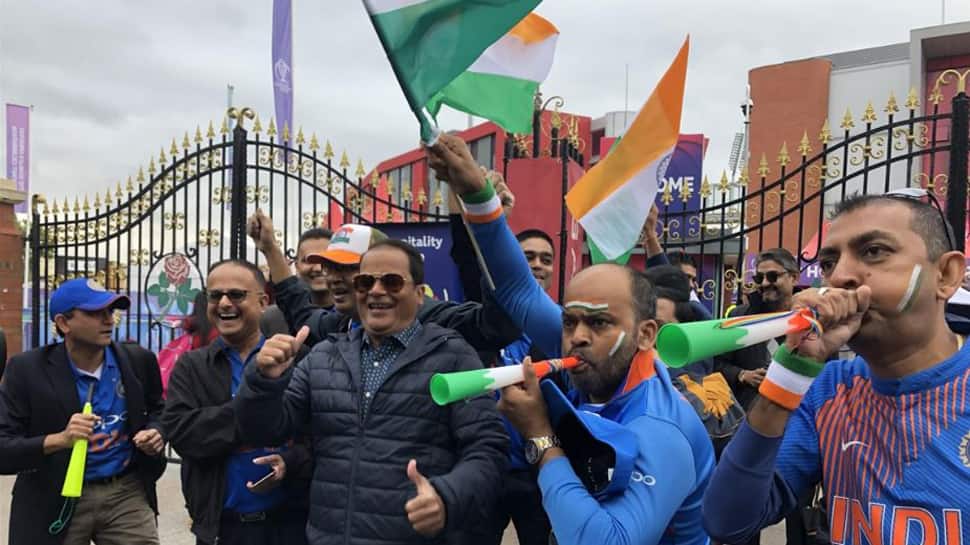 As India lock horns with New Zealand in the first semi-final of the World Cup on Tuesday, the airspace over Old Trafford, the venue of the match, has been closed.

"England and Wales Cricket Board (ECB) has written to BCCI that airspace over Old Trafford, in Manchester will remain shut during the semi-final clash. ECB told the BCCI that the Old Trafford stadium has been made a no-fly zone for the match," BCCI source told ANI.

In India's last game against Sri Lanka, aircraft flew over the ground with anti-India banners tailing them, including slogans on the Kashmir issue. After the incident, BCCI filed a complaint with the ICC.

The ICC issued a statement and said they do not condone any sort of political messages at the tournament after a flight flew over the stadium carrying a political message during the Sri Lankan innings.

"We are incredibly disappointed this has happened again. We do not condone any sort of political messages at the ICC Men's Cricket World Cup," an ICC statement said.

The international cricket body further said they were assured by the West Yorkshire Police that such incidents will not be repeated.

"Throughout the tournament, we have worked with local police forces around the country to prevent this type of protest occurring," the ICC said.

"After the previous incident we were assured by West Yorkshire Police there would not be repeated of this issue, so we are very dissatisfied it has happened again," it added.

Manjrekar excludes Jadeja from his playing XI against New Zealand