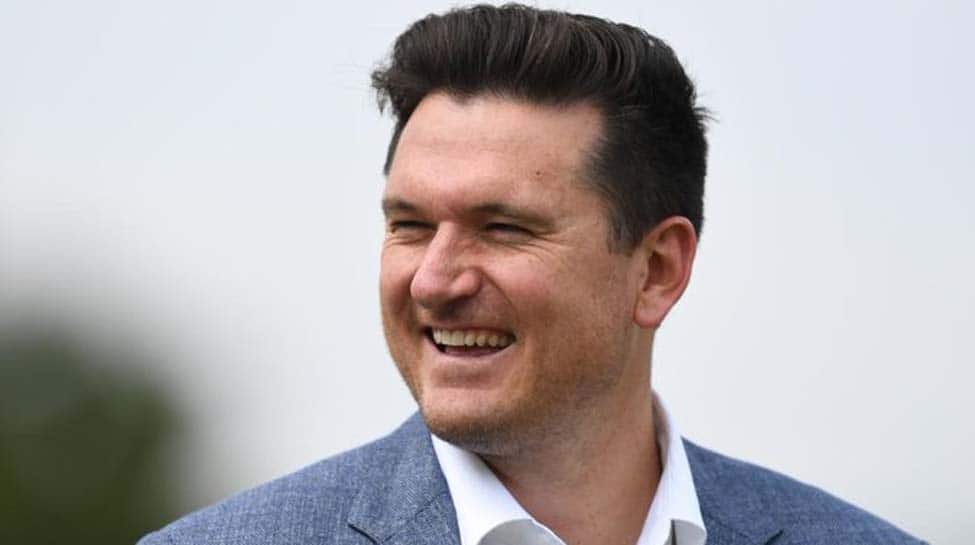 On August 2 in 2003, former South African captain Graeme Smith created history by becoming the first player from the country to notch up double century at Lord's Cricket Ground.

The International Cricket Council (ICC) took to its official Twitter handle to reveal that Smith smashed a 259-run knock on this day more than one and a half decade ago.

Sharing a picture of Smith from the match, the world's cricket governing body tweeted,"259 runs, 370 balls, 34 fours #OnThisDay in 2003, Graeme Smith slammed the first double ton by a South African at Lord's. It is also the second-highest score at the venue."

259 runs
370 balls
34 fours#OnThisDay in 2003, Graeme Smith slammed the first double ton by a South African at Lord's. It is also the second-highest score at the venue pic.twitter.com/yzQu14HJif

The 39-year-old achieved the feat during the second Test of the five-match series against England at Lord's.

In reply to England's first-innings score of 173, Smith smashed a mammoth knock of 259 runs, including 34 boundaries, off 370 balls on the third day of the match.

Subsequently, Makhaya Ntini claimed a five-wicket haul, Andrew Hall and Shaun Pollock took two wickets each and Paul Adams also chipped in with a wicket to help South Africa bundle out England for 417 runs in their second innings.

Andrew Flintoff (142), Mark Butcher (70) and Nasser Hussain (61) were the top scorers for England. South Africa sealed a massive win by an innings and 92 runs.

Smith, however, holds the record for the highest score by an overseas player at Lord's.

Three-team women's IPL to be proposed during Governing Council meet