On this day in 1997, Pakistan's Saeed Anwar scored the then highest individual score in ODIs

Anwar smashed a blistering knock of 194 runs off 146 deliveries which was decorated with 22 boundaries and five sixes against India. 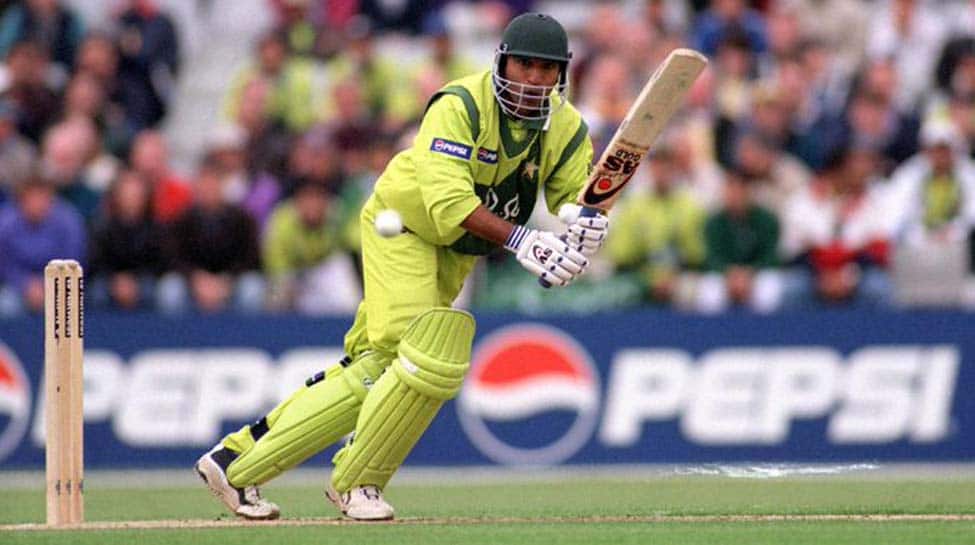 On May 21 in 1997, former Pakistan batsman Saeed Anwar smashed the then highest individual score in One-Day Internationals (ODI) during an Independence Cup match against his side's arch-rivals India in Chennai.

The International Cricket Council (ICC) took to its official Twitter handle and informed its followers of Saeed's feat.

The world's cricket governing body posted a picture of the former Pakistan cricketer and said that he smashed a blistering knock of 194 runs off 146 deliveries which was decorated with 22 boundaries and five sixes against India.

#OnThisDay in 1997 against India, Saeed Anwar smashed the then highest individual score in ODIs pic.twitter.com/y3HjEFE5xu

Pakistan won the toss and elected to bat first during the sixth match of the Independence Cup in 1997.

Saeed Anwar, who came to open the batting for his side along with Shahid Afridi, single-handedly guided Pakistan to a score of 327 for five in their stipulated 50 overs.

He smashed the Indian bowlers all over the park before eventually falling just six runs short of a double century by being caught by Sourav Ganguly off Sachin Tendulkar's delivery.

Saeed finished with 146-ball 194 runs--which remained highest individual score in the 50-over format of the international cricket for 13 long years before being broken by legendary Indian cricketer Sachin Tendulkar in 2010 when he smashed 200 runs against South Africa.

Besides him, Ijaz Ahmed and Inzam-ul-Haq were the only other Pakistan batsmen to contribute to their side's innings.

For India, Tendulkar bagged two wickets, while Anil Kumble, Robin Singh and Abey Kuruvilla chipped in with a wicket each.

In reply, India lost Tendulkar cheaply for four runs before his partner Ganguly too failed to convert a good start into big innings and was dismissed for 33 runs.

Subsequently, first-drop Rahul Dravid notched up a knock of 107 runs off 116 balls, while Vinod Kambli well-supported him with 80-ball 65 runs to help India cross 200-run mark.

After Dravid's departure, India failed to build partnership to get eventually bundled out for 292 runs and hand Pakistan a 35-run win.

Aaqib Javed was the pick of the bowlers for Pakistan with figures of five for 61. While Saqlain Mushtag claimed two wickets, Saleem Malik and Mohammad Hussain also took a wicket each.

Saeed Anwar was declared 'Man of the Match' for his match-winning contribution with the bat.