One of our best victories: Jason Holder after West Indies' stunning win over England in 1st Test

The two sides will next lock horns in the second Test of the three-match series, beginning July 16 at Old Trafford Cricket Ground. 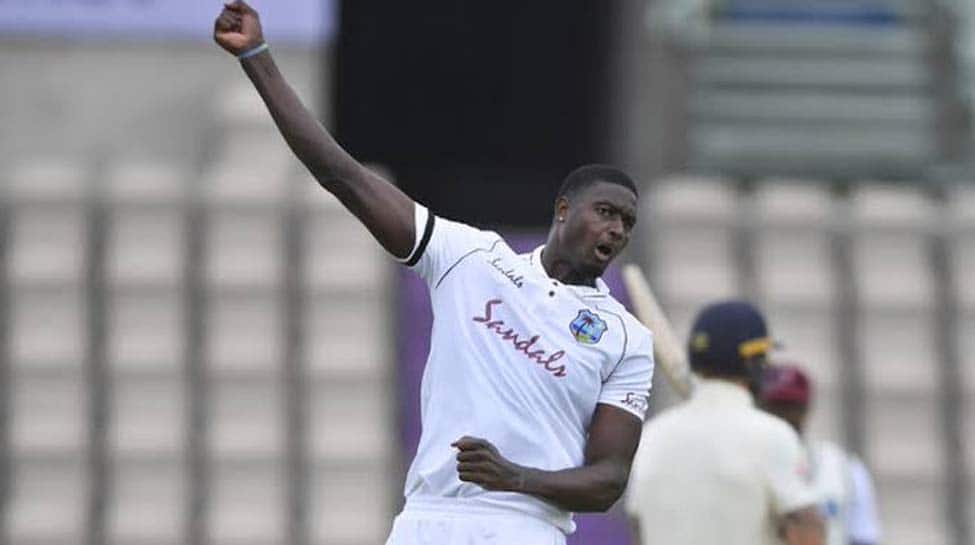 West Indies skipper Jason Holder has described his side's stunning four-wicket win over England in the opening Test of the three-match series in Southamptom as 'one of the best victories' of the Caribbean side as a group.

Shannon Gabriel bagged a five-wicket haul before Jermaine Blackwood smashed a blistering knock of 95 runs to help West Indies beat England by four wickets in the opening Test and take a 1-0 lead in the series.

After clinching a win, Holder said that it was a hard-fought day of Test cricket for them, adding that the side gave everything they could to emerge victorious.

"Right up there with one of the best victories we've had a a group. Yesterday was hard, long toil and the bowlers keep coming back, gave everything, it was a hard-fought day of Test cricket. [Long lay-off?] I don't think any team knew how it would play, been sat at home doing nothing, just got the opportunity to play but mentally at the back of your mind you're never quite sure. It's willpower, we know what was at at stake, we had 98 overs to bowl and we were leggy come 7pm. Myself and Alzarri bowled until half six and the other two come back. If we'd got the wickets yesterday, it would have made the job a lot easier, but we came back today. Every time I asked them to, they ran in," ESPNcricinfo quoted Holder as saying.

Holder was also all praise for Blackwood who notched up a blistering knock of 95 runs in the West Indies' chase of mere 200 runs to help the side take the 1-0 lead in the series.

The West Indies skipper said that Blackwood played an 'outstanding innings', but it was disappointing to see him not complete his century.

"[Blackwood?] Outstanding innings, I was disappointed when he got out but that's the way he plays. He's sat on the sidelines waiting, last time was a concussion sub in Kingston. He always gives effort, and today was his big moment," Holder said.

Chasing the target, Blackwood not only smashed a calm and composed knock off 154 balls but also stitched crucial partnerships of 73 and 68 runs with Roston Chase (37) and Shane Dowrich (20), respectively to guide the Caribbean side to victory.

Earlier in the day,Shannon Gabriel finished with brilliant figures of five for 75, while Roston Chase and Alzarri Joseph claimed two wickets each to help their side bundle out England for 313 in their second innings despite some decent batting performances.

Zak Crawley was the top scorer for the hosts  with a knock of 127-ball 76, while openers Rory Burns (42) and Dom Sibley (50) and stand-in skipper Ben Stokes (46) also made notable contributions.

Earlier, Kraigg Brathwaite (65) and Shane Dowrich (61) notched up half-century each to help the Caribbean side post 318 in in reply to England's first-inning score of 204.

The two sides will next lock horns in the second Test of the three-match series, beginning July 16 at Old Trafford Cricket Ground.

On this day in 2002, Mohammad Kaif, Yuvraj Singh guided India to miraculous win in NatWest final