Thomas has a total of 19 wickets to his name in 10 ODI he played so far for the Caribbean side at an economy rate of seven. 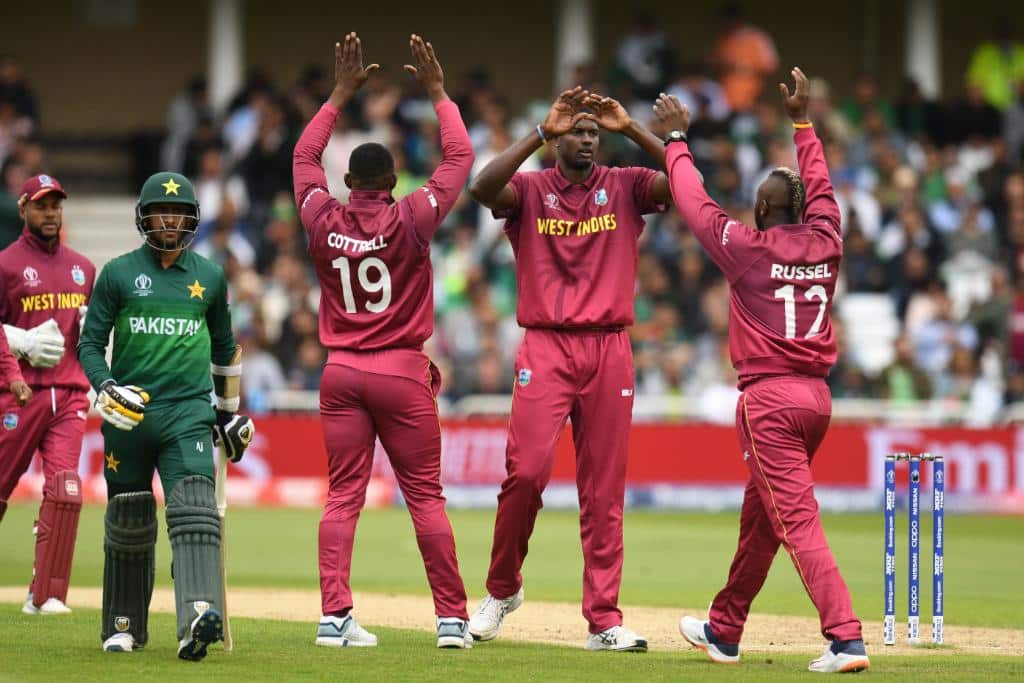 West Indies fast bowler Oshane Thomas was named the Man of the Match after he starred with the ball during his side's crushing seven-wicket win over Pakistan in their opening match of the 2019 International Cricket Council (ICC) World Cup at the Trent Bridge in Nottinghamshire on Friday.

After West Indies skipper Jason Holder opted to field first, Thomas ran through the Pakistan batting line-up to eventually bundle the Sarfraz Ahmed-led side out for 105 runs--their second-lowest total in the history of the quadrennial event.

Thomas finished the innings with the brilliant figures of four for 27 in 5.4 overs he bowled during the match. Besides him, skipper Jason Holder bagged three wickets while Andre Russell and Sheldon Cottrell finished with two and a wicket, respectively.

In reply, Chris Gayle smashed a 34-ball 50 runs while Nicholas Pooran contributed with 34 to help their side chase down the score in 13.4 overs. (Full Scorecard: Pakistan vs West Indies World Cup clash)

After picking up his Player of the Match award, Thomas said that he wants to bowl well for his side whenever given chance and guide them to victory.

"I slept very well last night. Andre Russell led the way for us. Any time I get the ball, I'm happy to bowl and win games for West Indies," ESPNcricinfo quoted Thomas as saying.

Thomas has a total of 19 wickets to his name in 10 ODI he played so far for the Caribbean side at an economy rate of seven.