The Indian women tour comprising of three ODIs and three T20Is is set to begin on January 24. 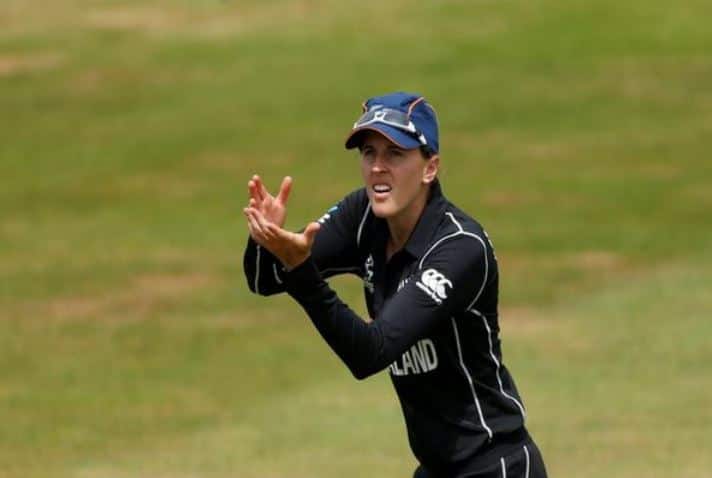 NEW DELHI: New Zealand Captain Amy Satterthwaite on Sunday that the wickets in New Zealand will be a "different challenge" for India women cricket team.

The Indian women tour comprising of three ODIs and three T20Is is set to begin on January 24.

"When Indian team plays at home, the conditions suit their spinners but New Zealand wickets do not tend to turn as much. So, it will be a different challenge," Satterthwaite said in an interview to ANI.

Both sides last faced each other in the 2018 World Cup T20, where Indian batting star Harmanpreet Kaur scored a blistering century to help India register a 34-run win over New Zealand.

"We have not played India in a series since 2015. They have a few new faces as well as their experienced campaigners. We know that we will have to be consistent across all three disciplines against a quality Indian side but it is a challenge we are ready for," the top-order batswoman said.

Amy, 32, noted that her team has performed exceptionally well at home in the last few years and "will be looking to continue that form this summer."

"Whenever you are playing a series, you want to win regardless of who the opponent is ­ and the history. This series is no different and especially playing at home, we would love to play well in front of our home crowds. We will have a few days of preparation as a team before our first game on the 24th, which will be a great opportunity to finalise our plans before we take on India," she said.

It is to be noted that Amy has played against Indian cricketers Smriti Mandhana and Harmanpreet Kaur in the Women's Big Bash League (WBBL).

"I am sure those (New Zealand players) that have played WBBL will have plans from playing against them (Smriti and Harmanpreet) that we will be able to discuss and look to implement," she said.

Following are the ODI squads for the series:

India and New Zealand will play first ODI on January 24 at Napier, followed by the remaining two games at Mount Maunganui on January 29 and Hamilton on February 1, respectively.

Rahane, Bawne to lead India A against England Lions