Pakistan succumb to their second-lowest total in ICC World Cup

Notably, Pakistan posted their lowest-ever total at the World Cup in 1992 when they were bowled out for 74 by England. 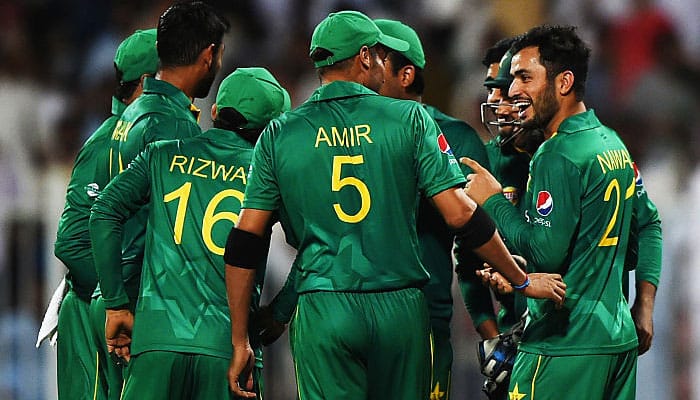 Pakistan's hopes of kickstarting their campaign at the 2019 International Cricket Council (ICC) World Cup against West Indies on a winning note suffered a major blow as they were bowled out for their second-lowest total in the history of the mega event at the Trent Bridge in Nottingham on Friday.

Asked to bat first in their opening match of the 2019 edition of the quadrennial event, Pakistan failed to counter West Indies's strong bowling attack and were bundled out merely for 105 runs inside 21.4 overs.

Subsequently, none of the other Pakistan batsmen managed to contribute much to their side's innings and fell like a pack of cards to get eventually bundled out for 105 runs.

Oshane Thomas was the tormentor-in-chief for the Caribbean side as he finished with the brilliant figures of four for 27 in 5.4 overs he bowled during the match. While skipper Jason Holder bagged three wickets conceding 42 runs, Andre Russell and Sheldon Cottrell finished with two and a wicket, respectively.

Notably, Pakistan posted their lowest-ever total at the World Cup in 1992 when they were bowled out for 74 by England.

South Africa have to move on quickly from England loss, says Du Plessis