ICC World Cup 2019, Pakistan vs Sri Lanka: As it happened

Pak vs SL Live updates, Scores: The much-anticipated clash between Pakistan and Sri Lanka in the ICC World Cup 2019 at the County Ground, Bristol was called off. The tenth clash of the ICC Cricket World Cup 2019 witnessed a victory for Australia by a margin of 15 runs against West Indies. 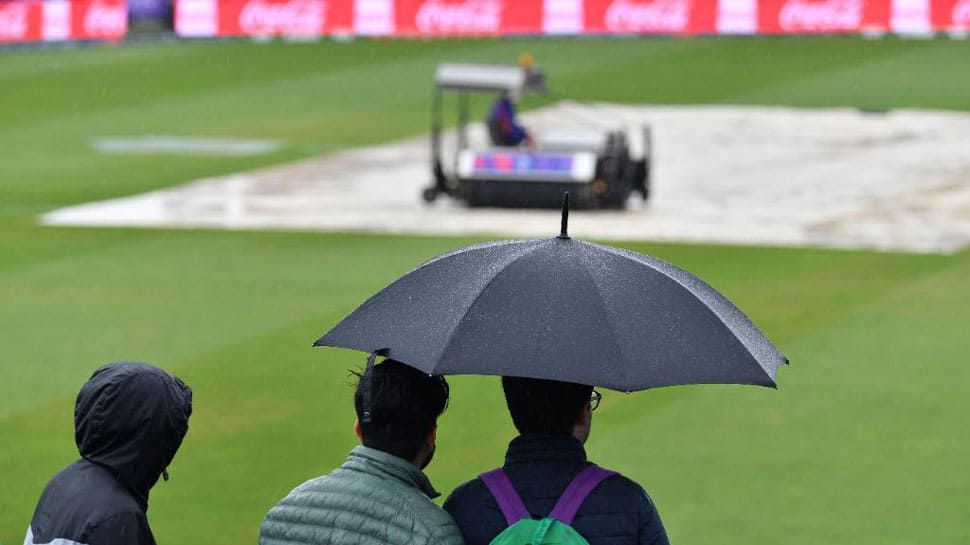 The much-anticipated clash between Pakistan and Sri Lanka in the ICC World Cup 2019 at the County Ground, Bristol was called off.

Here are the highlights from the 11th match of the tournament between Pakistan and Sri Lanka:

# The clash has been called off with both teams sharing a point each!

# The three umpires are in a chat with players from the Pakistan cricket team inspecting the pitch as well!

# Nigel Llong and Ian Gould join Rod Tucker near the covers before walking towards the boundary!

# The umpires are on the field for the second pitch inspection!

# The second pitch inspection will be conducted at 7:45 PM Indian Standard Time.

# The pitch covers are slowly being lifted with a lot of water absorbed. However, the outfield will take a while to get ready for the match.

# The three-match officials scatter across the outfield, inspecting various spots. Super-sopper at work near the bowler's mark at one end and another section of the outfield.

# The on-field umpires Ian Gould and Nigel Llong are inspecting the field of play alongside reserve umpire Rod Tucker.

# It has finally stopped raining in Bristol. The first cover is beginning to come off with an inspection set to take place at 7:00 PM Indian Standard Time.

# It continues to rain in Bristol as fans wait for the match to begin with a lot of excitement.

# There will be an inspection at 6:00 PM Indian Standard Time.

# It is not looking very good in Bristol as it continues to rain. Even if the match is curtailed to 20 overs-a-side, it should start by 9:45 PM Indian Standard Time (4:15 GMT or UK time).

# Pakistan are currently sixth in ICC ODI rankings while Sri Lanka are at the ninth spot. Both have won the ICC Cricket World Cup once - Pakistan in 1992 and Sri Lanka in 1996.

# It continues to pour in Bristol and the teams can just wait for the skies to clear. This is the third match of World Cup 2019 for both the teams.

# The pitch will be next inspected after the rain ends, resulting in further information about when the clash will finally start!

# The Pakistan team has arrived for the clash to the venue!

# The toss has been delayed due to rain!

Pakistan and Sri Lanka emerged victorious in their previous matches of the ICC Cricket World Cup 2019 against England and Sri Lanka.

While Pakistan defeated hosts England by a margin of 14 runs, Sri Lanka defeated Afghanistan by 34 runs in a low-scoring encounter. Both the sides will be looking to maintain the winning run after being trumped in their opening encounters of the tournament against West Indies and Australia respectively.

Pakistan are unbeaten against Sri Lanka in seven clashes between the two nations in the history of the World Cup. Both the nations have won the World Cup once and will be looking to lift the cup yet again in England.