Several Pakistani fans, who stayed back after the match, were seen collecting the trash from the stands at Edgbaston. 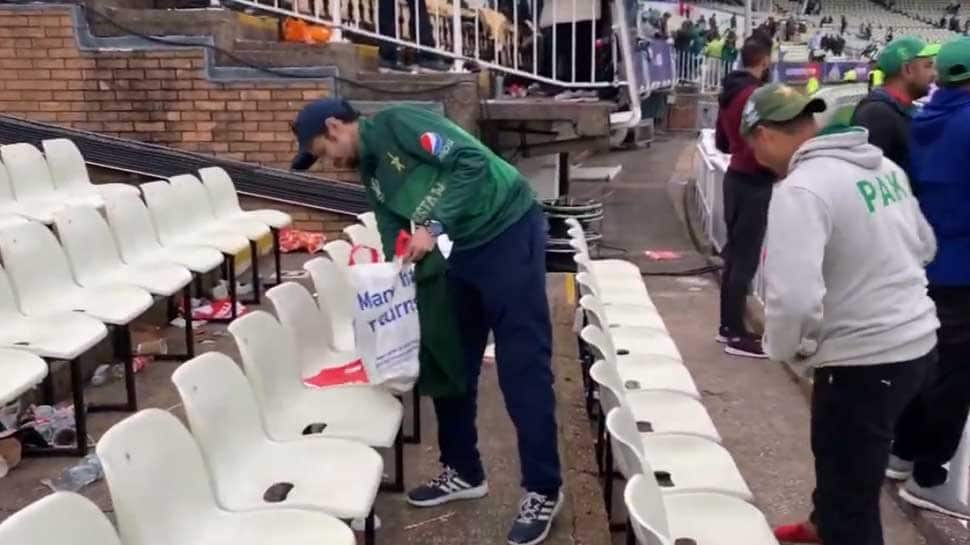 Birmingham: Amid reports of a clash between Afghanistan and Pakistan Cricket fans in Leeds, a video has surfaced on the internet showing Pakistani supporters cleaning the stadium after their national side defeated New Zealand by six wickets on Wednesday.

In the video, which is being widely shared on social media, Pakistan's Cricket crazy fans can be seen cleaning the stands at Edgbaston after the match ended.

Several Pakistani fans, who stayed back after the match, were seen collecting the trash from the stands, thus setting a good example for those who litter things around.

While videos of clashes between the Afghanistan and Pakistani fans kept coming on Twitter, it was also reported that several fans had to be evicted from the Headingley Cricket Ground in Leeds by the security staff.

Those evicted reportedly continued to create a ruckus outside the stadium and a few journalists who were trying to record the scenes were also allegedly pushed.

In one such video, Afghanistan fans were seen beating up a spectator wearing a Pakistan jersey while some other videos showed fans clashing with security personnel.

There were also reports about fans entering the stadium illegally and occupying seats.

Ahead of the Australia game in the ongoing ICC World Cup 2019, Pakistan skipper Sarfaraz Ahmed had spoken about passionate Pakistani fans and their support for the national side.

However, after Pakistan's loss to India, Pakistani fans slammed their team for their poor performance against the arch-rivals and questioned the players` fitness and even their commitment towards the sport.