Nepal will next take on Singapore at Indian Association Ground on October 2. 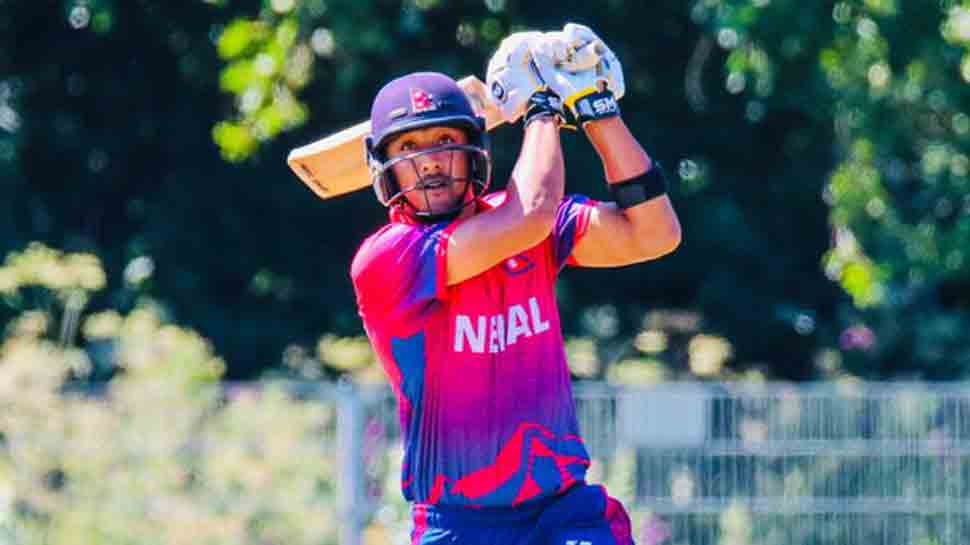 Nepal men's cricket team skipper Paras Khadka has scripted history by becoming the first captain to score a century in a T20I match while chasing during his side's nine-wicket victory over hosts Singapore in the tri-nation series, which also featured Zimbabwe.

Chasing a target of 152 runs to win, the 31-year-old smashed a blistering ton off just 49 balls to surpass the likes of Indian skipper Virat Kohli, former Australian captain Steve Smith and former West Indies skipper Chris Gayle and register his name in the historic record books.

Khadka remained unbeaten at 106, including seven boundaries and nine sixes, as Nepal crossed the mark in just 16 overs to seal a comfortable victory over Singapore.

En route to the feat, Khadka--who is widely regarded as the best batsman of the Himalayan nation--also became the first player from the country to score a T20I century. It was also the fourth fastest century in the shortest format of the game by an Asian batsman.

Khadka also scripted another record by becoming the first batsman to score a century in the lowest T20I score.

By beating Singapore, Nepal clinched their first win in the ongoing tri-series. The Khadka-led side had earlier lost the opening match by five wickets.

Nepal will next take on Singapore at Indian Association Ground on October 2.