Cummins took his first 10-wicket haul in Brisbane against Sri Lanka to power his team to a win by an innings and 40 runs in the second Test. 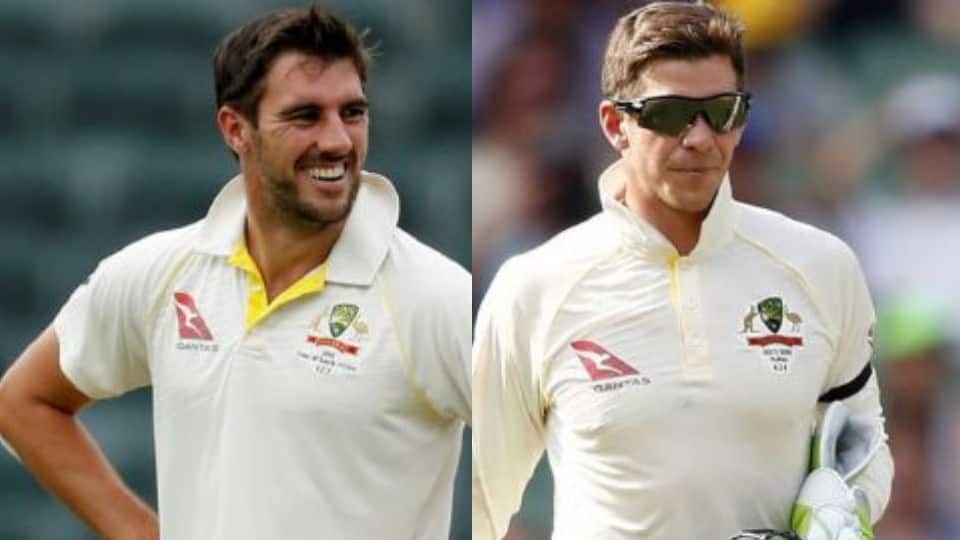 .Australia captain Tim Paine has paid a glowing tribute to his team-mate Pat Cummins for his player of the series effort against Sri Lanka, calling him 'one of the best quicks in the world' despite being the first change bowler for his side.

The 25-year-old took his first 10-wicket haul in Brisbane against Sri Lanka to power his team to a win by an innings and 40 runs in the second Test.

That performance took his tally after 19 Tests ahead of former Australian pace greats like Dennis Lillee, Mitchell Johnson, Glenn McGrath and Brett Lee. He added four more at Manuka Oval to reach 94 wickets at an average of 22.

Having previously faced South Africa`s Kagiso Rabada and India`s Jasprit Bumrah and with James Anderson coming up during the Ashes in England, Paine felt Cummins` job was tougher.

"He`s got to be pretty close to it, isn`t he?" Paine said when asked if he had the best fast bowler in his team. "I suppose the difference with Pat and those guys is he doesn`t take the new ball."

"He bowls probably at times when the ball is not doing as much and the wicket`s a bit flatter. His ability to just get it done in all conditions, whether it`s moving around or not, is second to none."

Cummins, who has been ravaged by multiple injuries since he made his debut as an 18-year-old in 2011, is now Australia`s best bowler on the ICC Test rankings, ranked third behind Rabada and Anderson.

"I felt as the summer went on, he actually got better and better," Paine added. "The more he bowled it felt like the quicker he was bowling and the more accurate he was bowling. He`s right up there."

Coming to the last Test before this year`s Ashes, the left-arm quick had picked up just 15 wickets from five matches and often sprayed the ball around even on helpful surfaces.

Former Australia cricketers had called for the new ball to be taken away from Starc and given to Cummins, but Paine had shown faith in his pace spearhead.

Starc rewarded his captain with a haul of 10 wickets in Canberra and a man-of-the-match winning performance.

Paine said that Starc`s problems were mostly in his head.

"I`m proud of the way our boys rallied around Starcy. Even when he wasn`t at his best I kept reminding him how important he is to our team and how we think he`s one of the best bowlers in the world," Paine said.

"Eventually we got through to him. I thought he bowled superbly in this game," the Australian skipper signed off.