The 42-year-old, who had led England to the 2010 T20 World Cup title, walked out to field after Mark Wood and his replacement Jofra Archer left the ground following injuries. 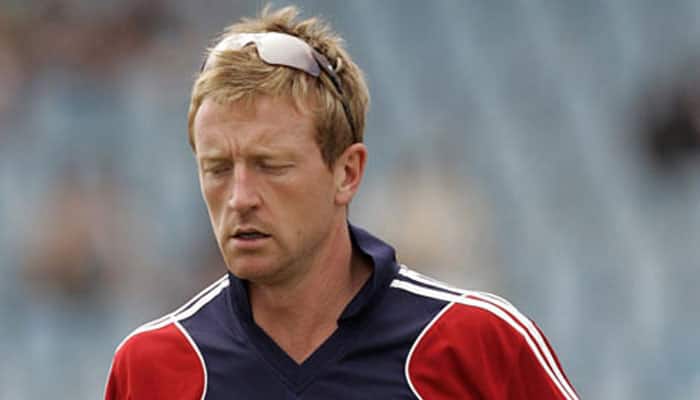 Former skipper and current assistant coach Paul Collingwood on Saturday was forced to take the ground as a substitute fielder after England pacers Mark Wood and Jofra Archer suffered injury scares in a warm-up game against Australia.

The 42-year-old, who had led England to the 2010 T20 World Cup title, walked out to field after Mark Wood and his replacement Jofra Archer left the ground following injuries.

While Wood walked off the field after suffering a hamstring injury in his fourth over, Archer also left soon after injuring himself while fielding at the deep.

Collingwood, England's fielding coach, was then seen running around on the ground wearing Wood's World Cup jersey, giving ample display of his fitness.

Joe Root, who was rested for Saturday's warm-up match, was also asked to take the field.

England captain Eoin Morgan was missing in action on Saturday due to a finger injury suffered during a training session, while spinner Adil Rashid skipped the warm-up game due to a shoulder injury, leaving the hosts with no option but to bring Collingwood onto the field.