Mitchell Starc and Nathan Lyon picked four wickets each to reduce Kiwis to 171 in their second innings. 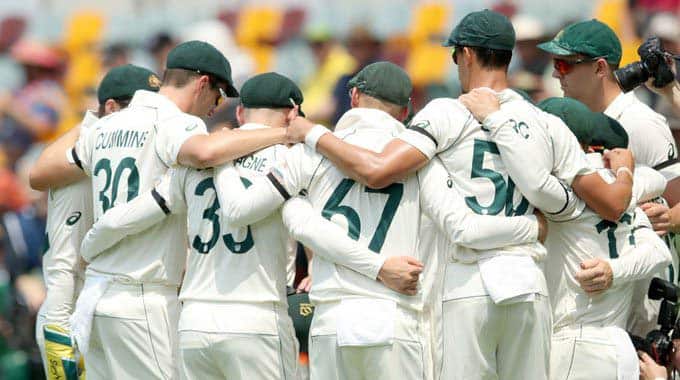 Perth: Australia won the first Test against New Zealand by 296 runs on the fourth day at the Perth Cricket Stadium here on Sunday.

Mitchell Starc and Nathan Lyon picked four wickets each to reduce Kiwis to 171 in their second innings.

The visitors had a miserable start of the innings and lost Jeet Raval (1) and skipper Kane Williamson (14) early.

Ross Taylor and Tom Latham stitched a 36-run partnership for the third wicket. The duo were departed in the successive overs by Starc and Lyon respectively.

BJ Watling joined Henry Nicholls in the middle and built a stand of 41-run. The latter was caught by Travis Head off Lyon after scoring 21 runs.

Colin de Grandhomme and Watling played cautiously and built a partnership of 56-run to get past the 150-run mark. Grandhomme played a knock of 33 runs and was scalped by Pat Cummins, reducing the visitors to 154/6.

Watling (40) was sent back to the pavilion by Starc in the next over. New Zealand failed to build long-partnership and were bundled at 171.

Earlier in the day, Australia declared their innings on 217/9 and gave the target of 468 runs for the win.

Starc was awarded player of the match for scalping nine wickets.Both the teams will now face each other in the second Test of the three-match series at Melbourne from December 26.