It means that the Stars could be boosted by the return of the wicket-keeper batsman as the former will seek their first win of the season after two defeats at the hands of Sydney Thunder and Hobart Hurricanes. 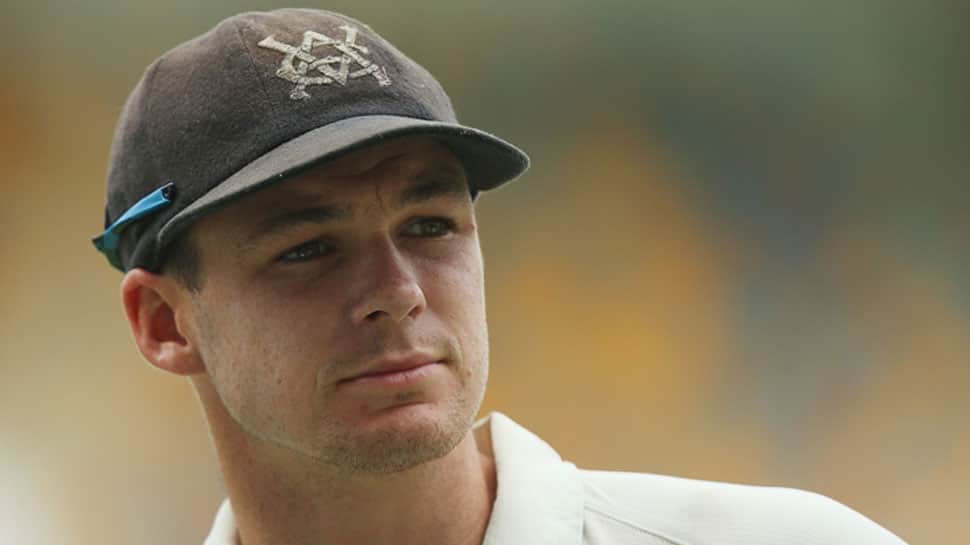 Australian wicket-keeper batsman Peter Handscomb is set to play in the Big Bash League (BBL) after being dropped from the squad for the third Test against India.

The 26-year-old, who was replaced by all-rounder Mitchell Marsh, will represent Melbourne Stars, Cricket Australia reported on Wednesday. It means that the Stars could be boosted by the return of the wicket-keeper batsman as the former will seek their first win of the season after two defeats at the hands of Sydney Thunder and Hobart Hurricanes.

Handscomb struggled through the Adelaide and Perth Test against India with scores of 34, 14, 7 and 13. However, Australian captain, Tim Paine insisted that the doors are not completely closed on him and he could come back for the final Test in Sydney, meaning that it is unlikely that he will be available for the derby against Melbourne Renegades on January 1 at the Melbourne Cricket Ground.

"I am sure Pete (Peter Handscomb) would be upset. I think he has had conversations with the selectors that there are a few things they would like him to work on and Pete is open to that. Pete at his best is going to score a lot of Test runs and not just his batting, he brings a hell of a lot to our side in terms of his fielding, his experience and just the way he generally goes about his cricket," said Paine on Tuesday.

"Going to Sydney, a place where it normally spins, I think people come back into the fold pretty quickly because he has renowned as probably our best player of spin. I know he will be doing everything he can to get back into the side," added the captain added.

The Melbourne Stars will clash against Sydney Sixers on December 27 at the Sydney Cricket Ground.