Pollard will lead West Indies for the first time as permanent skipper during a three-match ODI series against Afghanistan in India, beginning November 6 at Doon sports club in Uttarakhand. 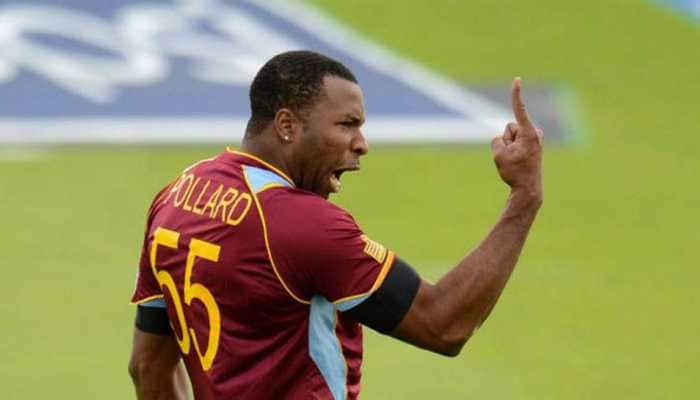 Former cricketer Phil Simmons, who has returned as the head coach of the West Indies men's cricket team, has backed fast bowler Jason Holder's decision to hand the captaincy of the ODI team to all-rounder Kieron Pollard.

Pollard, who played his last One-day International match for the Caribbean side in October 2016, took over the leadership reins from Jason Holder in the 50-over format after the national side's disappointing show at the 2019 ICC World Cup.

Reflecting on the decision, Simmons said that Pollard has the ability to lead from the front with the bat and guide the side to victories.

"It showed in the T20Is with India. He took the reins and led in those. That's what I expect from him: that responsibility of being captain is going to make him want to always be on top of the runs and leading from the front. He is that kind of a leader - even though he asks you to do something, it is not something he wouldn't do or he wouldn't want to do," ESPNcricinfo quoted Simmons as saying.

Recently, Pollard finished as the leading run-scorer for West Indies during three-match T20I series against India with scores of 58, 8* and 49. And Simmons admitted that he expects a lot of runs coming from him.

"I expect a lot of runs to come from him. Hopefully he doesn't get to bat where he's batting much because the top order should be performing now - they have been around for a while in both those two forms," he said.

Pollard will lead West Indies for the first time as permanent skipper during a three-match ODI series against Afghanistan in India, beginning November 6 at Doon sports club in Uttarakhand.