Planned to bowl slow and vary my pace: Yuzvendra Chahal, after 6-wicket haul against Australia

Chahal picked six wickets while conceding just 42 runs at the MCG, registering a dominant performance against the hosts. 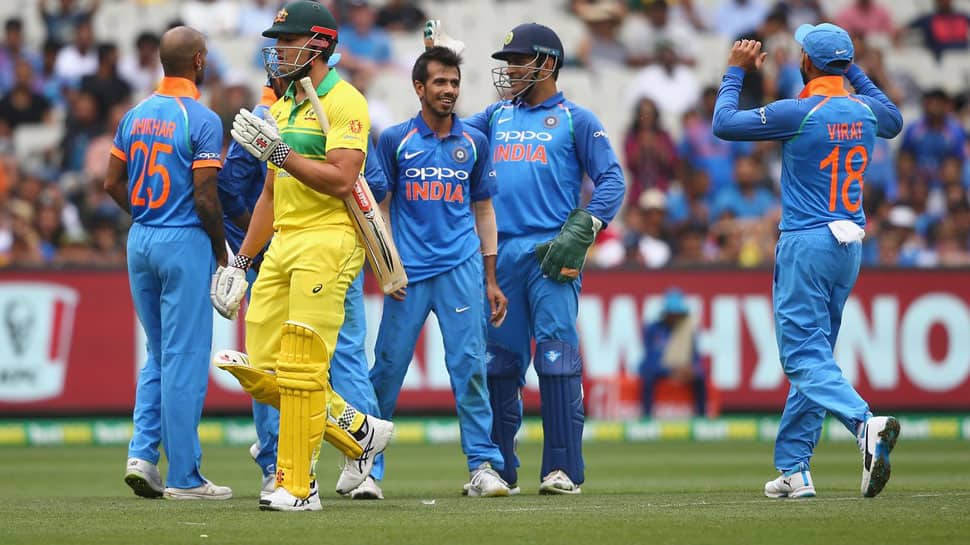 Indian leg-spinner Yuzvendra Chahal has revealed that he took the decision to bowl slow and vary the pace of his deliveries considering the spin being generated off the pitch, following a maiden six-wicket haul in the series-decider against Australia.

"I enjoyed bowling for the first time in Australia (internationals)," PTI quoted Chahal as saying.

"The ball was spinning a little bit, so I planned to bowl slow and vary my pace. Looking forward to the New Zealand series," he added.

The visitors emerged victorious by a margin of seven wickets in this crucial clash, registering a 2-1 win in the three-match ODI series. Chahal played a key role in the victory, recording the best bowling figures by a spinner in an ODI clash in Australia.

Chahal picked six wickets while conceding just 42 runs at the MCG, registering a dominant performance against the hosts. He also became the first spinner to pick six wickets in an ODI in Australia.

Veteran MS Dhoni who was named as the man of the series, stepped up with a quality knock, scoring 87 runs off 114 deliveries in a knock comprising of six boundaries.

The 37-year-old cricketer stitched an unbeaten 121 run stand off 115 balls with Kedar Jadhav, as India chased down the target with four balls to spare.