Pleased with Pakistan's convincing win over South Africa in their crucial World Cup fixture, former speedster Shoaib Akhtar is hoping that Sarfaraz Ahmed and the boys play fearless cricket in the remaining games and make it to the semi-finals. 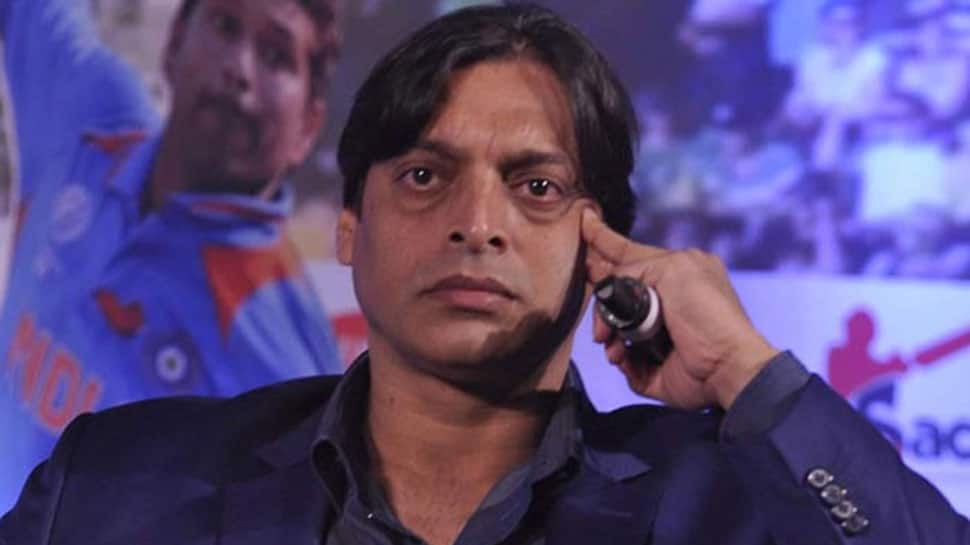 London: Pleased with Pakistan's convincing win over South Africa in their crucial World Cup fixture, former speedster Shoaib Akhtar is hoping that Sarfaraz Ahmed and the boys play fearless cricket in the remaining games and make it to the semi-finals.

"I recommend Pakistan to hold their ground, play pressure-free cricket, play according to the best of their abilities and display their talent," Akhtar said on Monday in a video posted on his YouTube channel.

With five points from six games, Pakistan are now at the seventh spot in the points table. They will next face New Zealand on Wednesday. After that, they play Afghanistan and Bangladesh on Saturday and July 5, respectively. If Pakistan manage to win all their remaining three fixtures and results of matches of other teams go in their favour, the 1992 champions can secure a spot in the last four.

"Pakistan have a good chance of making it to the semifinals. They need to play fearless cricket without any pressure. If England lose their three matches against Australia, India and New Zealand, Pakistan can come through," said Akhtar.

On Sunday, Pakistan defeated South Africa by 49 runs at the Lord's, thus knocking them out of the competition.

Opting to bat, Haris Sohail played a brilliant knock of 59-ball 89 -- which consisted of nine fours and three sixes -- thus helping Pakistan post 308/7 in their 50 overs.

In reply none of the Proteas batter expect skipper Faf du Plessis (63 off 79) could handle the scoreboard pressure and were restricted to 259/9.

"South Africa looked disintegrated. After losing the toss, their morale went down. Their batters, especially Quinton de Kock, didn't look interested in getting South Africa out of hot waters by scoring a hundred. Faf looked a very average captain. They bowlers could not manage to bring out the magic."

The Rawalpindi Express was full of praise of Sohail, saying that his inclusion -- in place of Shoaib Malik -- in the playing XI made the difference.

"I was constantly saying that Haris Sohail should be included in the playing XI because he is a very compact player. Against South Africa, he showed how to score runs. In fact he looked better than Babar Azam. Haris provided the thrust and helped Pakistan get a total in excess of 300," said Akhtar

"Haris Sohail was a great addition and Shoaib Malik was dropped which was a fair call," he added.

The 43-year-old also showered praise on Pakistan's bowling performance especially Mohammad Amir and Wahab Riaz, who picked up five wickets between themselves against South Africa.

"Pakistan's bowling was very good. Amir picked up wickets upfront and that was crucial...Pakistan have raised alarming bells for other teams as their bowlers - Wahab Riaz and Amir - have been able to get the ball reverse swing."

However, he was critical of Pakistan's poor effort on the field and said they need to work upon their catching and improve in the upcoming matches. Pakistan have dropped as many as 16 catches in the tournament till now. Against South Africa, they dropped around six-seven catches out of which Amir grasped three- off his own bowling, at third man and at long-off.

"Pakistan's fielding was just not good. They dropped fairly easy catches and that needs to be rectified. Their fielding has to improve," he said.