Zimbabwe topped Group A with a 100 percent record, while Namibia did likewise in Group B to set up a fascinating showpiece in Harare. 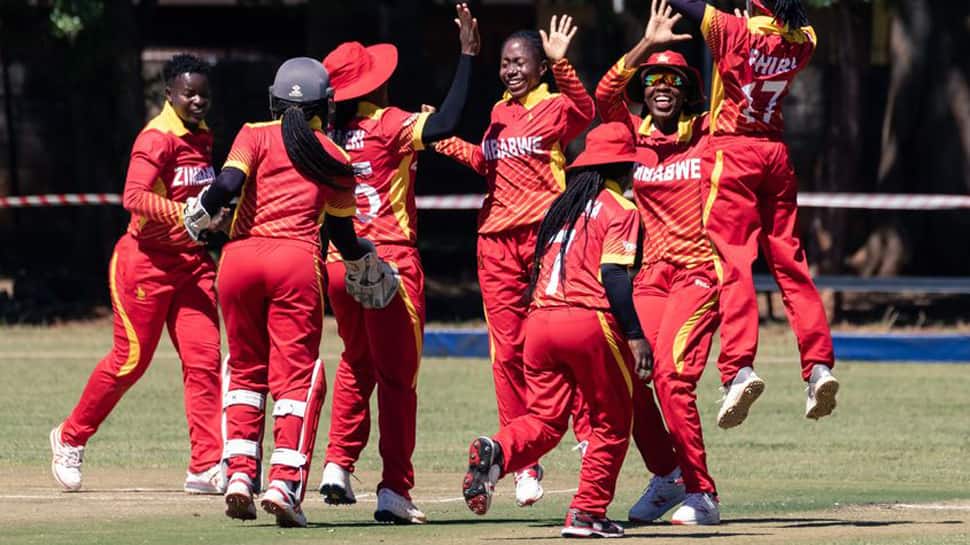 Zimbabwe produced a superb bowling display on home soil to beat Namibia by 50 runs in the final of the ICC Women’s Qualifier Africa 2019 and move another step closer to the upcoming ICC Women’s T20 and Cricket World Cups.

This followed Papua New Guinea, who clinched victory in a winner-takes-all clash against Samoa on the same weekend to finish top of the table at the ICC Women’s Qualifier EAP 2019.

Zimbabwe topped Group A with a 100 percent record, while Namibia did likewise in Group B to set up a fascinating showpiece in Harare.

The hosts batted first and set a competitive total of 114 for five from their 20 overs, thanks largely to a 66-run second-wicket stand between the player of the tournament Sharne Mayers (36 from 44 balls) and Chipo Mugeri-Tiripano (36 from 28 balls).

Zimbabwe captain, Mary-Anne Musonda, was ecstatic to see the hard work of her team pay off in such style.

“I'm happy we won the tournament. It’s overwhelming. We had worked hard to prepare for this tournament.Having lost in 2017, we had to rethink our approach and prepare sufficiently in every aspect of the game. I'm glad the hard work paid off," she said.

“In preparation for Scotland [the Women’s T20 World Cup Qualifier 2019], more hard work is required. We play tougher teams there, hence our preparations will have to be pitched at a higher level to meet the competition we will face. I have no doubt that the team is willing to put in the hard work," Musonda added.

Zimbabwe had beaten Tanzania, Rwanda, Nigeria and Mozambique to top Group A, with Tanzania finishing second with three wins from four.

Meanwhile in Group B, Namibia’s 14-run victory over Uganda proved decisive as both teams beat Kenya and Sierra Leone – setting up the entertaining final.

In the round-robin tournament with Vanuatu, Indonesia, Japan and Fiji, both PNG and Samoa won their first four games to set up the decisive clash in Port Vila, where PNG successfully chased down their target of 83.

PNG captain, Kaia Arua, who took the most wickets in the competition with 12, was incredibly proud to reach the next stage of the qualification pathway.

“I would like to thank all of PNG for their support. It’s very emotional. It’s a dream come true.

“We always wanted to win here because it’s the next step in qualifying for the T20 and 50-over World Cups, so I thought we did well. It didn’t happen with just one person – it was the whole team working together and I am very proud of them.

“It means a lot to the team. It’s the first time for a lot of them coming to a tournament like this and I know that they’re very happy that we won these games. I just want to thank them, even if they weren’t playing, they were giving all their support. I also want to thank the coaches and everyone that is behind our success. We wouldn’t have made it without them. I am very grateful.”

Hosts Vanuatu finished third in the table with three wins from five games, with Indonesia fourth, Japan fifth and Fiji rounding off the table.

Zimbabwe and PNG can now turn their attention to the ICC Women’s T20 World Cup Qualifier taking place in Scotland between 31 August and 7 September 2019 – where they will join Bangladesh, Ireland, Scotland and Thailand in the latest stop on the road to Australia.

Then next year, they will be eyeing a spot in the 50-over World Cup in New Zealand at the ICC Women’s Cricket World Cup Qualifier 2020, alongside confirmed teams Bangladesh, Ireland and Thailand.

India's chances are more in World Cup as we have wicket-taking bowlers: Ajinkya Rahane