Pujara is worthy of many privileges in Kohli's kingdom: Ian Chappell

The series Down Under was a far cry from the tour of England where Pujara was dropped at the start of the series, which India lost 1-4. 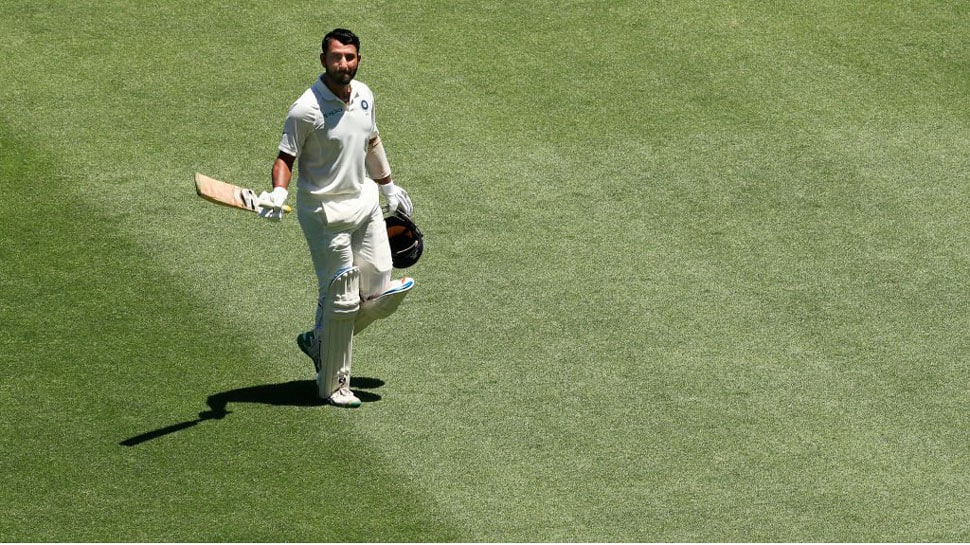 Normally not known to be generous with superlatives, the great Ian Chappell found Cheteshwar Pujara "worthy of many privileges" in Virat Kohli's "kingdom" for his tenacity and tons of runs.
Pujara grafted his way to three centuries in the ongoing Test series against Australia, playing a key role in India's dominance.

"Not only did Pujara single-handedly bring the Australian bowlers to their knees, he also paved the way for his team-mates to deliver the killer blows," Chappell wrote in a column for 'ESPNcricinfo'.

While India are on the verge of completing a maiden Test series win in Australia, the former captain was not with praising Pujara.

"Kohli may be the king of Indian cricket but Pujara has proven to be his loyal ally and worthy of many privileges in the kingdom. Many good things have happened for India in this series, not the least of them being victory, and most have emanated from the stubborn defiance of Pujara."

The eldest of the famous Chappell brothers, he added, "In scoring three centuries in a series in Australia, he joined an illustrious compatriot, the equally defiant Sunil Gavaskar, who achieved a similar feat in 1977-78.

"In accumulating 521 runs in seven innings, Pujara was at the crease for a mammoth 1867 minutes and was not tempted by a high percentage of the 1258 balls he faced."

That the home team was entirely focussed on how to tackle Kohli prior to the series may have helped Pujara to play at ease.

"While the Australian cricket team was keeping a wary eye on Virat Kohli, Pujara snuck up from behind and executed the perfect mugging. In addition to helping India win a series for the first time in Australia, he frustrated a top-class opposition attack to the point of submission.

"The fast bowlers were worn to a frazzle by the end of the Indian first innings at the SCG, and India's lower order, who for much of the series were the ducks in the shooting gallery, scored frequently and freely."

The series Down Under was a far cry from the tour of England where Pujara was dropped at the start of the series, which India lost 1-4.

"Pujara is the most effective blunter of an attack in a cricket world where currently bludgeoning is the favoured submission hold. If he didn't invent the term 'bat time', Pujara is certainly a disciple of the method.

"The prolonged standing ovation Pujara received (at SCG) even though he had just put the nail in the coffin of an Australian side that was trying to rid itself of the ugly stain of Cape Town was testament to the esteem with which the Indian batsman is held.

"If they had a hall of fame for batting obduracy, Pujara would be voted in unanimously."

Chappell was also impressed by young wicketkeeper-batsman Rishabh Pant, who struck a breezy 159 in the ongoing fourth Test at the Sydney Cricket Ground.

"Rishabh Pant displayed enormous talent with the bat early in the series but little discipline.

"However, there were signs at the MCG that his approach was changing, and by the time Kohli declared at the SCG, the ebullient wicketkeeper had completed his makeover," Chappell wrote.