A number of India's state cricket associations have either removed or covered portraits of Pakistani cricketers from their premises. 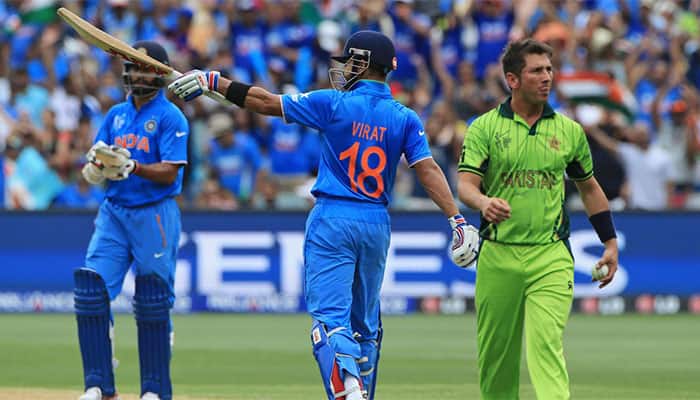 In the aftermath of the dastardly terror attack on a CRPF convoy in J&K's Pulwama last Thursday, India has come down with a heavy hand on Pakistan - a country infamous for harbouring terrorists. Political, diplomatic, economic and military reactions aside, the Indian cricket fraternity too has united in boycotting Pakistan.

News agency ANI reported on Sunday that IMG Reliance had also pulled out from broadcasting the Pakistan Super League in protest against the Pulwama attack. "Due to unfortunate events a couple of days back which resulted in the death of Indian soldiers, IMG Reliance is pulling out with immediate effects, from offering broadcast production services for PSL. The incident that occured is deeply regrettable," stated a mail addressed to Sohaib Sheikh and Kamil Khan of Pakistan Cricket Board.

And the PCB is fuming.

On Monday, the cricket board said that it regrets IMG Reliance pulling out and also the symbolic act of covering photos of its cricketers. "Unfortunately, denying India cricket fans the right to follow HBL PSL by blocking all digital coverage as well as covering or removing portraits of former Pakistan cricket captain and Prime Minister Imran Khan and other legendary cricketers from one of the most historic cricket clubs and venues are highly regrettable actions," read a statement.