ICC has taken a grim view of the situation and has said it would work with local security teams to ensure similar incidents are not repeated. 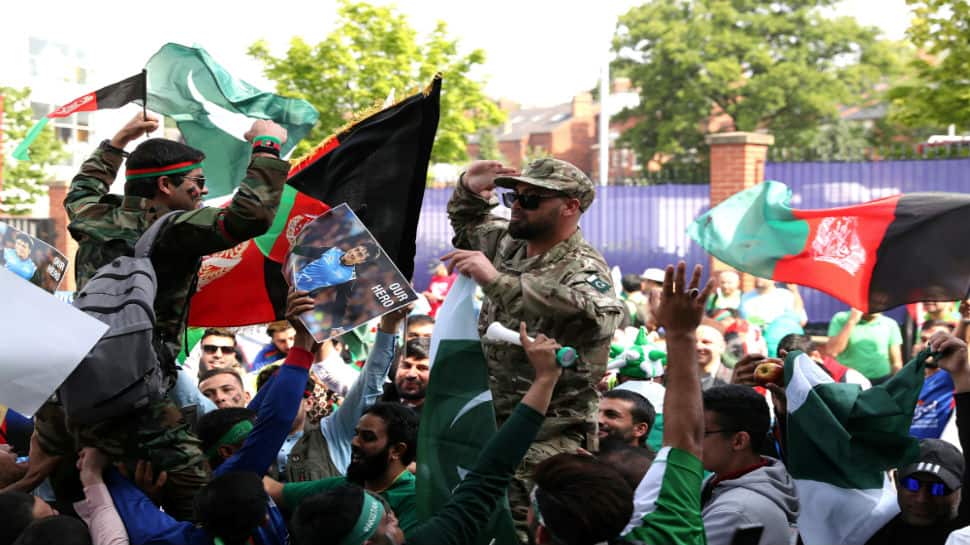 Cricket took a violent turn when Pakistan faced off against Afghanistan in the ICC Cricket World Cup 2019 on Saturday. From start to finish, tensions were high both on and off the field with supporters of both teams clashing with each other and some even invading the pitch after Pakistan secured a narrow win.

Tensions were high at Headingley from the word go when an aircraft flew over the venue with a 'Justice for Balochistan' message. Authorities said that the aircraft did not have permission to fly over the venue and the matter has been taken up by the Leeds Air Traffic Control.

It is also reported that actual fighting broke out when an Afghan supporter accidentally brushed past an elderly Pakistani supporter. Several Pakistanis in close proximity, it is learnt, thrashed the Afghan fans which resulted in a law and order situation. The violence was quickly brought under control and many of these fans were denied access to the ground.

#WATCH: A scuffle breaks out between Pakistan and Afghanistan fans outside Headingley Cricket Ground in Leeds after an aircraft was flown in the area which had 'Justice for Balochistan' slogan. Leeds air traffic will investigate the matter. pic.twitter.com/mN8yymQOP5

The situation, however, only became tenser due to the on-field tensions with the match going right down to the wire. It is reported that when Pakistan eventually managed to go past the finish line in the final over, several supporters crossed over the barricade and boundary ropes to make their way to the middle. They were quickly tackled by on-field security personnel and the players were escorted to safety. Some of the fans in the stands lit up flares as well.

A few Afghan spectators tried to assault the Pakistani duo that won the match for their team. In this picture, one of them is nabbed by the ICC security official. Shameful! #SoreLosers #PAKvAFG #CWC19 pic.twitter.com/vO1ePMtDZz

While the International Cricket Council (ICC) has taken a grim view of the situation and said that it will work with venue security teams and local police forces to ensure similar incidents are not repeated, Afghanistan captain Gulbadin Naib also expressed his dismay. "To all the audiences watching these kinds of matches, this is only a cricket game. Just watch the cricket game. It's a sport," he was quoted as saying after the match by BBC.