De Kock was handed South Africa's white-ball captaincy in January and succeeded Faf du Plessis, who also stood down from the Test captaincy last year but remains available as a player. 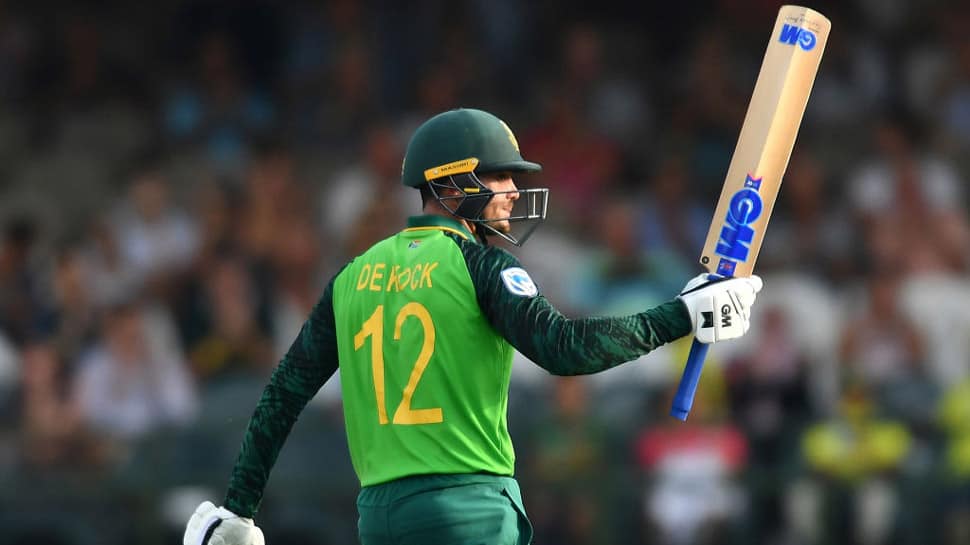 Former skipper Graeme Smith, who has been appointed South Africas director of cricket for the next two years, has confirmed that Quinton de Kock will not be given the extra responsibility of Test captaincy.

"The one thing I can confirm is that Quinton will be our white-ball captain and he won't be the Test captain going forward," ESPNcricinfo quoted Smith as saying on Friday.

"We want to keep Quinton fresh and playing well. I've always believed, having been in the job myself, that captaining all three formats is challenging. We've seen a number of nations trying to figure out what's best and I think across three formats, it probably doesn't work."

"From a workload and mental capacity, we felt that to burden him with all three formats wouldn't be beneficial for us. And with the style of personality and player that he is, we want to keep him as expressive as possible," he added.

The wicketkeeper-batsman was handed South Africa's white-ball captaincy in January and succeeded Faf du Plessis, who also stood down from the Test captaincy last year but remains available as a player.

With the Proteas not scheduled to play any Tests before a tour to West Indies in July-August, Cricket South Africa will have time to decide whom to appoint Test captain.

Smith, however, gave no indication of the likely replacement of du Plessis.

"There's no one person you can pinpoint," he said. "There are a lot of players on a similar level."

But the new CSA director indicated that the Proteas could take a chance on someone with potential. "We've got to understand the personalities, look at the people and maybe take a risk on someone potentially and back them," Smith said. "Coming from a person who a risk was taken on, it is something we would consider," he added.