As Sasikanth rattled half of the Delhi batting line-up, it was skipper Nitish Rana (51) and Lalit Yadav (50) who showed some fight to help their side put up a moderate total on board when all other batsmen failed to perform. In return, Navdeep Saini and Pawan Suyal picked up a wicket each to reduce the hosts to 16/2 when stumps were drawn for the day. 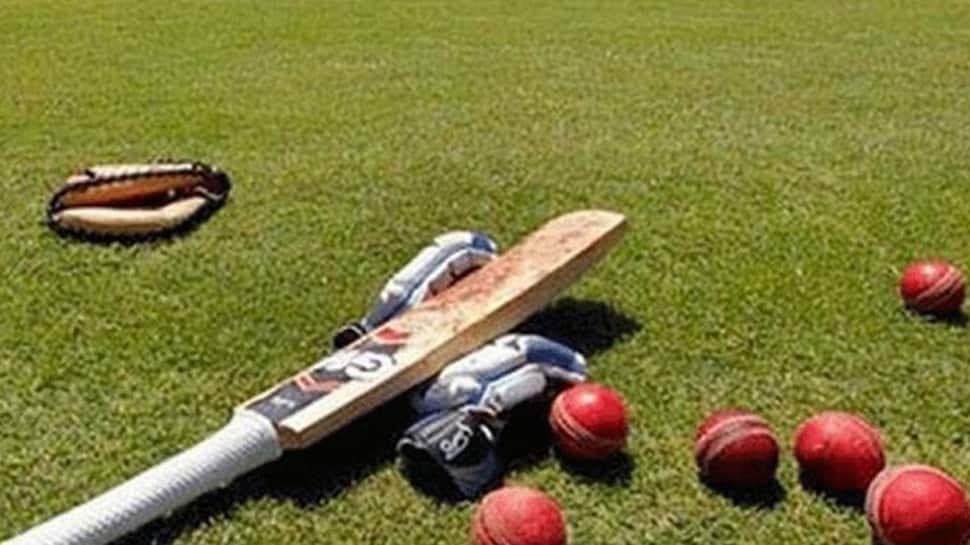 New Delhi: Andhra rode medium pacers KV Sasikanth's fifer followed by Paidikalva Vijaykumar's 3/47 to bundle out Delhi for 215 runs on the first day of a Ranji Trophy Round 2 contest at Ongole on Tuesday.

As Sasikanth rattled half of the Delhi batting line-up, it was skipper Nitish Rana (51) and Lalit Yadav (50) who showed some fight to help their side put up a moderate total on board when all other batsmen failed to perform. In return, Navdeep Saini and Pawan Suyal picked up a wicket each to reduce the hosts to 16/2 when stumps were drawn for the day.

Kerala were 237/7 at stumps against Bengal in Thiruvananthapuram, thanks to Sanju Samson's 116 and Robin Uthappa's 50. Opting to bat, the hosts suffered some early blows and were in deep trouble at 53/3 at one stage before Samson and Uthappa took control to stabilise the damage and bring things under control.

For Bengal, Shahbaz Ahmed and Arnab Nandi picked up a couple of wickets each.

Defending champions Vidarbha gave a fantastic start to their first day as they rode skipper and opener Faiz Fazal's 136 and Wasim Jaffer's 60 to reach 288/4 at the close of play against Rajasthan in Nagpur. For Rajasthan, Tanveer Ul-Haq bagged two wickets for 46 runs while K Khaleel Ahmed and Mahipal Lomror picked up one each.

Aryan Juyal's 109 and Mohammad Saif's unbeaten 56 powered Uttar Pradesh to 232/5 at stumps against Karnataka in Hubli. The duo were involved in a 109-run partnership for the fourth wicket before Abhimanyu Mithun (3/45) packed back Juyal.

In Indore, Baroda bowlers Anureet Singh (3/24), Lukman Meriwala (3/43) and Soyeb Sopariya (3/38) came out all guns blazing as they wrapped up the entire Madhya Pradesh side for a paltry 125 runs. In return, Avesh Khan picked up two wickets in quick succession to reduce Baroda to 86/3 at the end of the day.

Ace India off-spinner Ravichandran Ashwin (5/65) ran through the Himachal Pradesh batting line-up as he helped Tamil Nadu bundle out their opponents for a mere 158 runs in Dindigul. Akash Vashist was the top scorer for the visitors with his 35 runs. The hosts were 8/0 when the day ended and trail by 150 runs.

Pratham Singh missed his ton merely by a couple of runs while skipper Karn Sharma played a 52-run innings as the Railways were 202/9 against Saurashtra at close of play. For Saurashtra, Jaydev Unadkat scalped four wickets conceding 34 runs while Prerak Mankad and Chirag Jani bagged two wickets each in Visakhapatnam.

In Elite Group C, opener Ahmed Banday played a crucial 76-run knock but lacked support from the other end as Maharashtra packed back the entire Jammu and Kashmir side for 209 runs in Pune. Anupam Sanklecha was the pick of the bowlers for the hosts with figures of 4/56. The home side were 51/3 at the close of play.

Basant Mohanty's (6/69) stunning bowling effort saw the entire Services team back in the hut after putting 271 runs on board in Cuttack. Nakul Harpal Verma (53), Rajat Paliwal (58) and Gahlaut Rahul Singh (55) slammed respective half-centuries for the Services while the hosts were 43 for no loss at stumps on the first day.

The Jharkhand bowlers seemed to enjoy the outing at home as they bundled out Assam for 162 runs, courtesy a four-fer by Anukul Roy (4/28) beside Ashish Kumar and Shahbaz Nadeem, who picked up three wickets each in Ranchi. Riyan Parag was the top scorer for the visitors with his 90-ball 55.

In Rohtak, Tripura succumbed before Harshal Patel's (7/29) lethal bowling effort as the hosts could only manage 63 runs against Haryana. Only two Tripura batsmen -- Tanmay Mishra (29) and Manisankar Murasingh (12) were able to reach double digits while all others faltered. Haryana now have a 68-run lead as they ended the day at 131/2.

Hosts Chhattisgarh witnessed a disciplined bowling effort as they went on to wrap up Uttarakhand for 120 runs, thanks to Puneet Datey (3/42) and Ajay Jadav Mandal (3/17). In reply, Chhattisgarh were 109/5 at stumps with Amandeep Khare and Manoj Singh batting on 33 and 14 runs respectively.

Coming to the Plate Group matches, Ankit Kaushik and Bipul Sharma's unbeaten 106 and 63-run knock propelled Chandigarh 274/5 against Bihar at home. Bihar skipper Ashutosh Aman was the only bowler to trouble the hosts as he picked up four wickets for 57 runs.

Puducherry's Sagar Trivedi's 5/20 and Vinay Kumar's 4/25 gunned down Sikkim at a paltry 65 runs at home. In return, the hosts took a couple of early wickets before Arun Karthik and Paras Dogra slammed centuries and were unbeaten at 105 each to power their side to 262/2 at the end of the first day, taking a 197-run lead.

Meghalaya were bundled out for 203 runs by Goa in Porvorim, who were 42/3 at the end of the day with Sumiran Amonkar and Amulya Pandrekar batting on five and one run respectively.

Imliwati Lemtur's 7/25 helped Nagaland bowl out Manipur for 116 runs in Kolkata. In return, Rongsen Jonathan's 79 and Shrikant Mundhe's unbeaten 68 took Nagaland to 193/4 when stumps were drawn for the day.

Wicketkeeper-batsman Rahul Dalal's sparkling unbeaten 178 runs powered Arunachal Pradesh to a healthy 342/8 against Mizoram when the day ended in Puducherry. Dalal's knock, which came off 175 deliveries, was laced with 21 boundaries and a hit into the stands. Mizoram's Bobby Zothansanga and Pratik Desai picked up three wickets each.