The Aussie umpire complained of stomach ache and vomiting before the start of the second day's play. 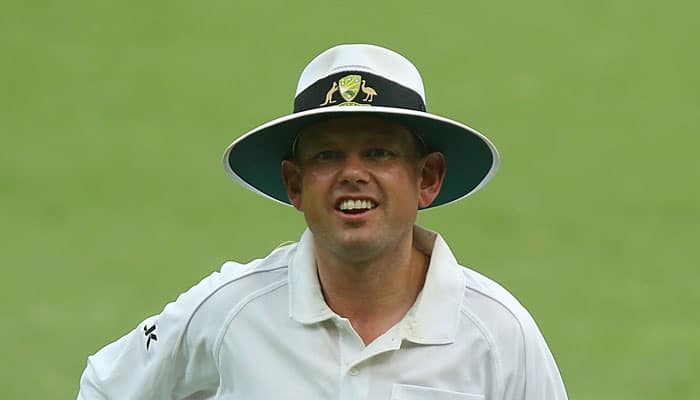 Mysuru: Australian umpire Sam Nogajski on Monday discontinued officiating in a Ranji Tropy match between Uttar Pradesh and Mumbai, as he was hospitalized for dehydration with his Indian counterpart Virender Sharma doing duty from both ends.

The Aussie umpire complained of stomach ache and vomiting before the start of the second day's play here and was admitted to a local hospital as a precautionary measure.

"The umpire has been admitted in a local hospital at 7 am after he complained of loose motion and stomach ache. The doctors attending him said it is a case of dehydration," KSCA Mysuru Convener Balachandra told PTI here.

Earlier, KSCA officials were optimistic of Nogajski making a comeback post-lunch session, but a report issued by the hospital authorities suggested complete rest.

"We were hopeful of Nogajski making a comeback and officiating from post-lunch session, but the doctors, in their bulletin, advised Nagojski complete rest," Balachandra said.

"It also means he will not officiate in the match any further," he added.

The doctors have advised Nogajski to visit Bengaluru for treatment, Balachandra said.

"Nogajski will be taken to Bengaluru tomorrow where he will be again put under medical observation."

Replying to a query, Balchandra said a local umpire has been replaced, but he is officiating only as leg umpire, whereas Virendra Sharma is officiating from both ends of the wicket.

"A local umpire has been replaced, but officiating as a leg umpire. Virendra Sharma is officiating from both ends as straight umpire," he said.

This is not the first time an umpire has officiated from both ends of the wicket, Balachandra said.