The Vidarbha pacer's 6/59 in Delhi's first-innings total of 295 included a hat-trick, which made him only the second bowler to achieve the feat in a Ranji Trophy final. 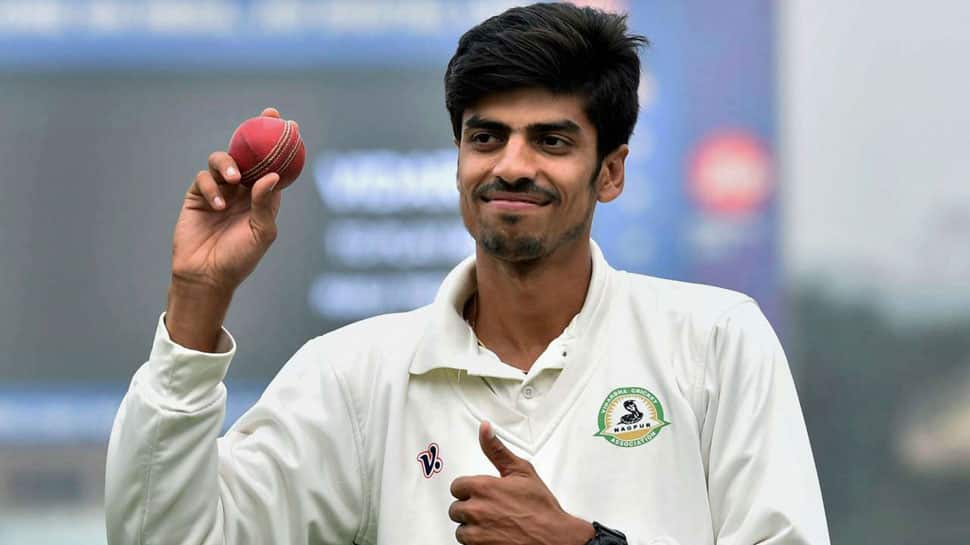 Indore: His body is not designed in a way that would enable him to bowl at express pace but Rajneesh Gurbani is not exactly a trundler-in-chief either. The thinly-built 24-year-old from Vidarbha can swing it both ways, lands the red cherry on the seam, gets the ball to jag back prodigiously and, above all, has a big heart.

After his match-winning 12-wicket haul against Karnataka, Gurbani rocked Delhi with a hat-trick on the second morning of the Ranji Trophy final, helping his team make its way into the match here.

Gurbani finished with 6/59 as Delhi managed only 295 in their first innings.

"I would like to increase the pace and will work as per the instructions of the trainer. Normally, we start training three months before the season, but this time we have started a month before.
The program is like one day gym and one day endurance. I know I have to improve a lot in fitness," Gurbani said after the day's play at the Holkar Stadium.

Gurbani said he was made aware of the possibility of taking a rare hat-trick by "someone" from the crowd.

"I forgot that I was in with a chance to take a hat-trick. Having picked up the first two wickets off the fifth and sixth balls (of 101st over), when I was going to start my next over, somebody from the public reminded that I was on a hat-trick. Then I realized," he said.

"With every ball, the intent was to take a wicket. By God's grace, I have done that. As far as the hat-trick ball was concerned, the plan was to bowl at the stumps."

Wasim Jaffer and Faiz Fazal guided Vidarbha to 206/4 after Gurbani helped his side bowl out Delhi for 295.

He said he prefers to bowl with the new ball.

"I was not well yesterday, so I was not able to bowl a lot. I was preparing overnight that I am able to bowl the first over today. I prefer the new ball but with this SG Test (ball), the old ball swings a lot.

"And whenever it starts to behave that way, I tend to do well and they (batsmen) become vulnerable."

Though their opponents are only 89 runs behind, Delhi seamer Akash Sudan felt his team was still in a good position.

Playing in only his second first-class game, Sudan picked up two wickets.

"We are in a good position, we have fought back. Now we are hoping to restrict them for less than 295. They are four down; two more wickets early tomorrow and the match will turn our way. Our first spell (on Saturday) was not that good.

Asked about Gurbani, Sudan said: "He bowled extremely well. The length he was bowling was really good. He was moving the ball both ways, so that was good to see."